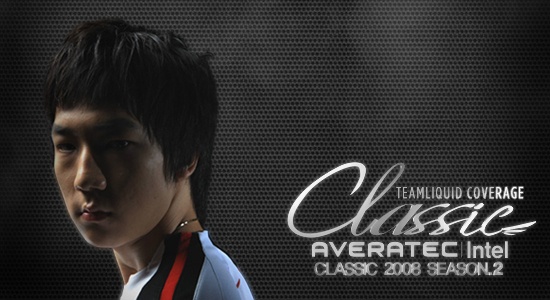 The 2008-2009 GOMTV Averatec-Intel Classic Season 2 was the second season of GOMTV's full-fledged StarCraft league, featuring players. After Jaedong handily defeated Flash in the finals of the first season 3-0, the field of 176 players were vying for another shot at the title. Only MBCGame HERO, OGN SPARKYZ and eSTRO did not participate in the second season, which was sanctioned by KeSPA.

The tournament would mirror the Protoss domination that had carried throughout the Starleagues for the fall season, with 10 of the final 16 players being Protoss players, including champion Bisu and runner-up JangBi. Jaedong would fall out in the Round of 16, while Flash would be eliminated in the Round of 8. Rookie CJ Terran sKyHigh would be the last non-Protoss standing before losing to Bisu in the semifinals.

Only Andromeda and Colosseum would be carried over from the previous season's map pool, with Chupung-Ryeong (and later modified version Sin Chupung-Ryeong), Destination, Medusa and Neo Requiem replacing Blue Storm, Katrina SE, Othello and Wuthering Heights.

The GOMTV Classic had two phases: the Group Stage and the Bracket Stage. The top 32 KeSPA ranked players were seeded directly into the group finals. The rest of the remaining players were divided into 32 groups, which were 8-man single-elimination brackets. The winner of each bracket would face one of the 32 seeded players. The winner of that match advanced to a 32-man single-elimination bracket which would determine the winner.

Flash was awarded an extra ₩10,000,000 prize for having the most consecutive wins in the tournament.