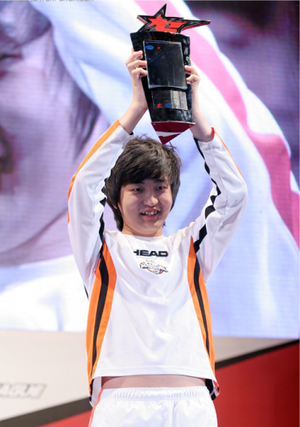 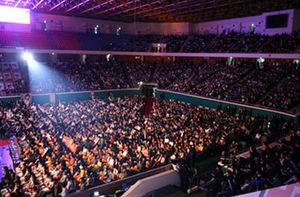 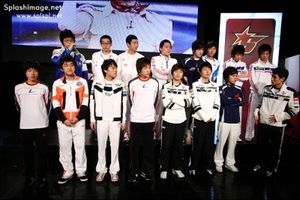 This OnGameNet Starleague (OSL) is most known for being one of the defining moments of Flash's career. Only two weeks after defeating Stork in the GOMTV Star Invitational in a tight 3-2 series, Flash defeated Stork in the finals of the 2008 Bacchus OSL 3-0 in one of the shortest finals of all time. Flash's road to the finals is considered one of the most difficult, having had to defeated Jaedong, Bisu and Stork in a best of three or five matches. This is the only OSL to date where one of the four TaekBangLeeSsang members has defeated the other three on his way to winning the tournament. Flash also became the first Terran to win an OSL since NaDa in the 2006 Shinhan Bank OSL Season 2. Flash's most talked about games include his continued use of the dual-Armory build to counter 2-base Carrier by Stork during the finals and his game vs Jaedong in the Ro8 on Katrina where he executed a mech build. In winning the title, Flash became the youngest OSL champion to date, at age 15 years, 8 months, 10 days.

The 2008 Bacchus OSL is not only the place where Flash solidified his position as the world's number one Terran (and indeed, Flash went on to be the most successful Terran for at least the next year), but it is also the place where Luxury first found limited Starleague success, reaching the semifinals for the first time where he lost to Stork. Luxury went on to be considered a top Zerg player on the scene for the next year, with only Jaedong being considered stronger. Another newcomer to the 2008 Bacchus OSL who gained attention was the young Protoss player BeSt, who impressed many by advancing to the Ro8 in his first Starleague, and defeating Jaedong in his match vs him. BeSt went on to become one of the Six Dragons and reached the finals of the very next OSL (the EVER2008 OSL). The 2008 Bacchus OSL is also the last Starleague in which XellOs has qualified. He reached the Ro16 where he lost in tiebreakers to Bisu.

This OSL is also notable for the low number of Terran players among the 16 that qualified. The past several OSLs all saw a plurality of Terrans, with the past four OSLs seeing Terran making up almost 50% of the participants. The 2008 Bacchus, however, would only feature four Terrans, the lowest in years, but along the way, virtually balanced the racial representation of this OSL. For other notable trends and facts from this OSL, see this TL forum thread.[1]

The preliminary group round was played using a four-person round robin format with best of one matches. The top eight finishers then competed in a single elimination bracket where the quarterfinal round was a best of three format while the best of five format was used for both the semifinals and finals.

See also Round of 24 (Dual Tournament) 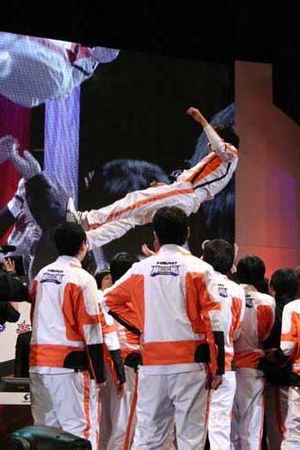