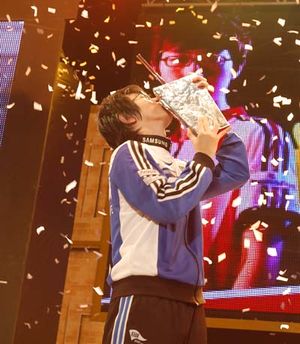 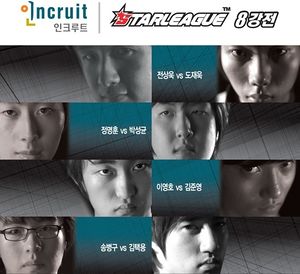 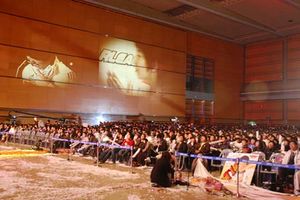 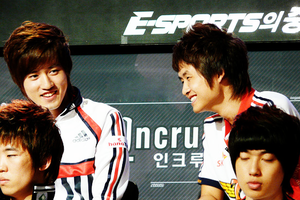 The overriding storyline of the 2008 Incruit OSL was that of Stork, whose many second place finishes had cemented his reputation as a potential champion-level player who tended to choke at the finals.[1]

To contemporaries, Stork's push to the finals was largely overlooked because of the array of S-class players, potential Royal Roaders, and fan favorites that had made it to the round of 16: Flash, Mind, Bisu, GGPlay, Fantasy, BeSt, and Sea. At the time, BeSt's re-appearance at the OnGameNet Starleague (OSL) garnered the most attention. His push to the finals of the 2008 EVER OSL along with his subsequent 0-3 loss to July left him seemingly hungry for a Starleague victory.

After his strong performance at the 2008 EVER OSL, BeSt was among the favorites. Other contenders at the 2008 Incruit OSL were Bisu, who was hunting for his first OSL gold, GGPlay, who had faded from prominence after his 2007 Daum OSL victory, and Flash, who was searching for his second OSL victory. The newcomers Thezerg and Fantasy sought to make a name for themselves in their first OSL.

The 2008 Incruit OSL is also notable because of series played between GGPlay and Fantasy, a series that profoundly influenced the way TvZ would be played in the future because of the innovative builds developed by Fantasy that introduced a new Mech strategy that caught veteran GGPlay off guard and sent Fantasy to the Finals.[2]

The fifth through eighth place finishers were each awarded ₩3,000,000.[7] Information concerning further cash prizes for other top finishers is not readily available.

Andromeda was replaced by Chupung-Ryeong after the qualifiers.

Rock
Return of the King

Mind
Return of the King

The Quarterfinals saw GGPlay eliminate Flash, a major upset that heralded GGPlay's run in the 2007 Daum OSL and brought tears from Flash. Fantasy upended Mind, who saw his glory days since his 2007 GOMTV MSL Season 3 win dissipate. BeSt overran his teammate Midas, an unfortunate and decidedly one-sided match-up. And in possibly the biggest upset of the tournament at that point, Stork defeated Bisu 2-1.

The semifinals were then set: the tremendous GGPlay versus newcomer Fantasy; king of Silver Stork versus the unstoppable BeSt. GGPlay's match seemed a forgone conclusion: Fantasy did not stand a chance. Coming out of a 2-1 victory over the Ultimate Weapon, Flash, GGPlay's ZvT seemed to be too much for newcomer Fantasy to handle. Stork, despite his victory over Bisu, was predicted to fall to BeSt, whose PvP record up to that point was a logic-defying 27-4. The two playdays that ensued defied all expectations.

Fantasy vs GGPlay saw a Royal Road candidate, Fantasy, go up against the old veteran GGPlay, who already had won a title, the 2007 Daum OSL. This series is notable because of the Mechanical strategy Fantasy used in his victories, as opposed to the traditional Bionic. The one game that Fantasy played the then standard SK Terran, GGPlay soundly defeated him. Game 1 on Plasma would be considered to be more of a cheese build than a mechanic build. In the games on Medusa and Chupung-Ryeong Fantasy blindsided GGPlay with the infamous Fantasy build which involved a quick Vulture drop into Valkyrie play. Many Terrans started using mech vs Zerg after this series.

BeSt vs Stork pitted a red hot BeSt against Stork. At the time of the series, BeSt boasted a 27-4 record in Protoss vs Protoss, 2 of those losses were at the hands of Stork himself. BeSt was held to have the best PvP in the game back then, however Stork had always been known for his superb PvP and was the only Protoss player who had any noteworthy success in the past against BeSt. The entire series is a must watch as Stork proved to everyone that he still had it in him, winning the series 3-1. Since this series, BeSt hasn't been the same. His chance at redemption ended at the hands of the newly crowned King of Protoss.

The stage of the Finals was set: Stork versus Fantasy. Would Stork's silver curse once again strike and crown Fantasy a Royal Roader?

Stork replied with a resounding 'no' in five highly suspenseful sets. Despite Stork gaining a two game lead, Fantasy evened the field in their matches on Return of the King and Plasma. With the final game returning to Chupung-Ryeong, Stork played at his fullest and finally earned his OSL gold.

Plasma
Return of the King

Medusa
Return of the King

Return of the King
Medusa

Medusa
Return of the King 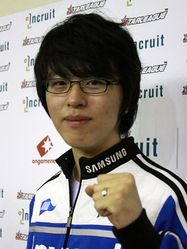 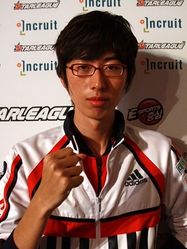