The SBENU 10th SonicTV BJ Starleague with OnGameNet (스베누 스타리그) or SSL 10, was held from December 2014 through February 2015. The earliest news announcing the tournament emerged in April 2014.[1] Sonic announced he would not participate in casting the event, with the tournament to be casted by Park Sanghyun, Kim Carrier (김태형), and Lee Seung Won. Ultimately, the tournament commentators would be composed of Jung So-rim (정소림), Kim Carrier, and TheMarine.[2] In the months leading up to SSL 10, a series of Sbenu Super Fight show matches were held.

In late November 2014, Sonic announced SSL 10 would broadcast on OnGameNet (OGN), jointly sponsored by Sonic's fashion brand, SBENU, and OGN.[3] On December 7, 2014, Sonic announced a 128 player amateur selection tournament to be held online over December 13-14, 2014, with the winner advancing to SSL 10, as well as earning various prizes.[4]

On December 17, the ₩50,000,000 prize purse, among the largest of the post-KeSPA era, venue (Yongsan e-Sports Stadium for OGN broadcasts and Sonic TV Studio for the round of 32), key dates, and trailer video were announced.[5]

The OSL-styled group selection ceremony was broadcast on OGN and streamed by Sonic on December 21, 2014.[6] The map pool was announced at the selection ceremony, featuring the familiar Fish ladder default map Fighting Spirit and the relatively commonly played two-player map, Blue Storm. Alongside these were the surprising choices of Sin Peaks of Baekdu and Return of the King, two maps that had rarely been played competitively since 2008 and 2009, respectively. The first group stage, the round of 32 was streamed on SonicTV on Afreeca, while later rounds, starting at the round of 16, were broadcasted by OGN and streamed online by SonicTV.

During the round of 16, Jamsil Students' Gymnasium, site of the 2012 Tving OSL finals, was announced as the site of the SSL 10 finals.[7] The finals featured a closing performance by Korean singer IU, with ticket proceeds being donated to the charity, the CJ Donors Camp.[8]

To encourage viewer interaction, a variety of prizes, including a laptop computer, Apple iPad, and cash, were distributed during the two-month course of the tournament.[9]

Notably, a smaller 16-player tournament, the HungryApp Starz League with Kongdoo, was held largely during the same two-month time period as SSL 10, with largely the same participants; prominent players who did not compete in SSL 10 including Bisu and Sea, with some speculation as to their absence.[10]

The competitive round of 32 groupings resulted in the elimination of several prominent players, including Shuttle, ZerO, and Killer, with the remaining Zerg players, hero and Larva eliminated shortly thereafter. The round of 16 featured a contentious three-round, nine-game tie breaker that saw the elimination of JangBi. The remaining Protoss players, free, Snow, and Mini were also soon eliminated with Terran players exerting their dominance in the TvT-laden elimination bracket. In the championship match, in front of thousands of fans at Jamsil, sSak defeated Last, 3-2, to earn the championship title.

The participants' cumulative post-KeSPA records at approximately the start of competition (December 21, 2014) are presented below:[11] 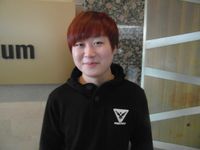 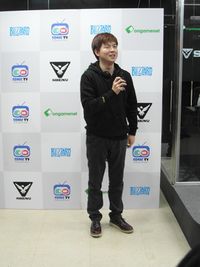 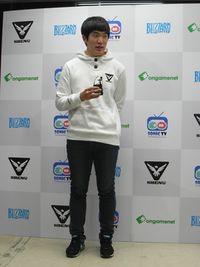 Round of 32 Group Stage 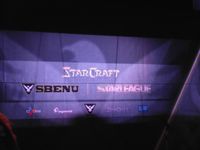 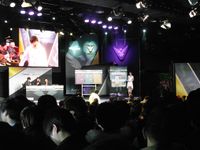 The cumulative map records (KeSPA plus post-KeSPA) at approximately the start of competition (December 21, 2014) are presented below:[13][14]

The Round of 32 was held in the Sonic TV Studio on Wednesday and Thursday afternoons over the course of two weeks. The competitive groupings resulted in the elimination of several prominent players, including Shuttle, ZerO, Killer, Modesty and Kwanro, with the latter three being narrowly defeated in their final matches of the dual tournament format. As the conclusion of the round, all but two of the nine Zerg players had been eliminated. Some Zerg players noted the maps selected were not favorable towards Zergs (see also Tournament Statistics) and noted the difficulty of the best-of-one format.[15] The participation of ToSsGirL drew perhaps the most Korean media coverage, with the famed female progamer being eliminated in straight games.

Jung So-rim, Kim Carrier, and TheMarine commentated all the matches as part of the streamed production. Attendance was somewhat mixed, with some matches somewhat sparsely attended; some attributed this to fans being preoccupied during the holiday season and during weekday daytime time slots.

The Round of 16 marked return of competitive Brood War to OGN as it was held on Thursday and Sunday afternoons over the course of three weeks. The groups were overall quite contentious, with the top two advancing players not decided until the final competition days in three of the four groups (B, C, and D). Notably, groups B and C were both headed towards overtime tie breakers matches to determine the top two slots until hero was eliminated by Sea.KH in group C. free's defeated of Mind in their final group B match did, however, set the stage set for three rounds of dramatic tie breakers, resulting in JangBi's elimination after nine extra games that lasted almost three and a half hours. Besides JangBi, recognized players who were eliminated included PianO, hero, and Larva, thus marking the end for the last two remaining Zerg competitors.

The OGN television broadcast was also streamed live on SonicTV on Afreeca with commentating provided by Jung So-rim, Kim Carrier, and TheMarine. Attendance was generally strong, with many audience members resorting to standing in the back of the venue as all seats appeared to be filled. 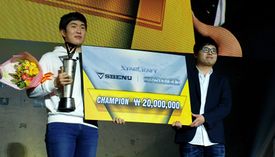 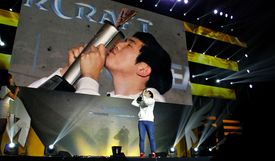 The elimination bracket saw the Terran players exert their dominance as all the Protoss players in the quarterfinals, leaving TvT battles to determine the champion. Notably, all ten of Last's games in the elimination round were against Terran opponents, while, similarly, eight of sSak's 11 games were TvTs. In a dramatic finals match-up that took the full five games to resolve, sSak was able to execute successful vulture timing attacks in the last two games to earn the victory.[16] Popular Korean singer IU provided a congratulatory performance to end the day's festivities in front of an estimated 2,000 spectators at Jamsil Students' Gymnasium.[17][18]

Promotional videos from Sonic and OGN[edit]