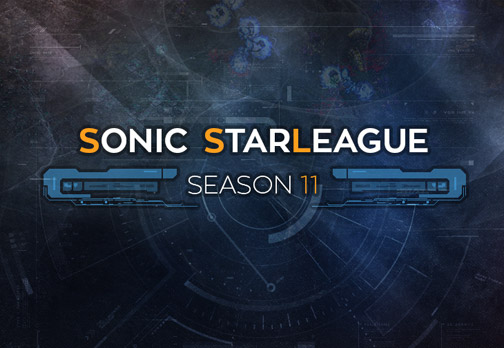 The SBENU 11th SonicTV BJ Starleague with OnGameNet (스베누 스타리그 시즌2) or SSL 11 started in May of 2015. The earliest news announcing the tournament emerged during 10th SonicTV Starleague, with news of Sonic negotiating with OnGameNet (OGN) for a series of Starleague broadcasts.[1] During the finals of SSL 10, Sonic and the commentators stated SSL 11 would be commencing soon thereafter.[2]

On March 10th, 2015, Sonic announced a 128 player amateur selection tournament to be held online from March 14th to the 15th, 2015, with the winners advancing to SSL 11. Additionally, OGN and SonicTV were announced as the organizers.[3]

Participants gathered on May 10th, 2015 for a pre-tournament meeting and photo shoot in Yongsan, Seoul, while a SSL 11 "Challenge Day" and the names of several participants were announced on May 13th, 2015.[4][5]

SSL 11 was casted by TheMarine, Jung So-rim and Kim Carrier. The Finals were played at Korea University's Tiger Dome in Seoul.[6]

SSL 11 revised its tournament format and qualification system from the one used during SSL 10, reverting to the format used during previous Ongamenet Starleagues (OSLs). As such, the top four finishers from SSL 10 automatically qualified for the round of 16. The preceding round of 24, meanwhile, was composed of a combination of automatic entries: the remainder of the SSL top-16 players and three invited "legacy" players who did not participate in or advance into the top 16 of SSL 10. These three legacy players replaced JangBi, Mini, and Snow, who were SSL 10 top-16 finishers but did not participate in SSL 11 for various reasons (e.g. military). In addition to these players, twelve qualifiers from the Challenge Round (Ro40) joined the Ro24. Four spots in the Ro40 were allocated to players who competed and qualified through an earlier preliminary tournament.[7][8]

Prize money was awarded to the top placing players as per the distribution below,
largely in line with SSL 10[9][10]:

Round of 24 Group Stage 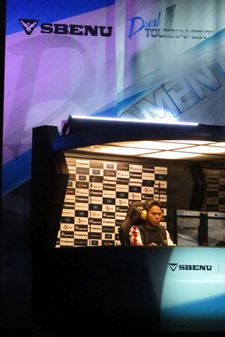 *EffOrt withdrew from the tournament on July 6, 2015, forfeiting his last two scheduled matches.[11] 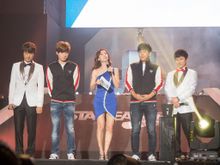 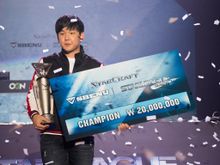 English broadcasts by XKCD and BisuDagger[edit]

Promotional videos from Sonic and OGN[edit]