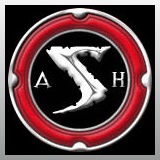 Aeterna Societas Honoris (ash. or ash~, since remastered also ash- or ash`) is an international StarCraft:Broodwar clan. The clan was founded in November 1999 by TaShadan and Simoli and has been playing in the highest foreign leagues ever since. The main channel of the team is "op ash." on Europe. The motto of the team is "can't bash the ash" or "cbta~" for short.

The clan originates from the German Broodwar community and is a last remnant of the once strong German clan scene, as it has also produced ToT), DEF (which became [pG]), iv., FA_, DiE, DA, ScT, XiC, BHC, ips. etc. Accordingly, the clan also participated mainly in the German leagues Stammkneipe (2n2 League) and BWCL, where it was able to achieve considerable success after a certain period of development. When the internationally dominant clan ToT) left the BWCL at the end of 2004, ash managed to win 4 of the next 5 seasons. Key players of that time were Kar, Ocean, ProChobo, Swift, TaShadan, Zpiet and most notably doLife, who also helped ash to become known through his individual successes. At that time ash. also maintained a B-team in the 2nd BWCL league, in which many regular players of the future already played, such as GaNg, MaSu, ToXi and the first foreign players City, Drewbie and Sonic.

With the opening of the German leagues for foreign clans and the stronger monetization of eSports (approx. from 2006) new clans entered the leagues and for ash it became more and more difficult to keep up. In accordance with the general trend, ash. became more and more international and many Scandinavian and Eastern European players joined the clan. Also an excellent French 2n2 team could be won with TiD and nAm.

As BWCL champion, ash was replaced by Czech clan CDS, which dominated the BWCL for several seasons until sponsored clans such as AfM/BOSS/xLo, MYM, DkH/mTw etc. took over the league. Furthermore ash entered the international leagues WGTCL and later the ICCCL. Although ash was able to stay in the first BWCL league until 2008, the team gradually established itself as a yoyo team, mostly playing alternately at the lower end of the first league or at the upper end of the second league.

The clan feud with w4sp/n!faculty, a sponsored German clan that had developed mainly from the traditional clan gG), also falls into the period of monetization. The clan w4sp collected many German players and regularly competed with ash for promotion to the first league - be it BWCL, WGTCL or ICCCL. As the last remaining "German" clans on a high level, the teams considered themselves natural enemies and at the latest after ash players who had fallen out of favour were taken in (fanatic, Zarrr) or some players were poached with money (TiD/nAm) the clan wars were characterised by an extremely heated atmosphere. Unforgotten is the anecdote about the relegation to the 2nd BWCL league, where w4sp won 4-2 against ash on the last matchday (a draw would have been enough for ash to stay in class) - only 2 weeks later the former ash. And current faculty player Zarrr (now known as Favorit) was caught hacking again and as a result ash was able to keep the class.

With the release of SC2, the league in BroodWar was gradually phased out and most ash players quit or moved on to the successor. In 2011 ash was disbanded.

In August 2017 ash. was refounded with the release of StarCraft:Remastered. Not only old ash players came back, but the team quickly became the nexus of many oldschool players who came back to Broodwar. Today ash plays in both the BWCL and the STPL. In the BWCL ash has 3 teams: ash-Aeterna (League 1), ash-Societas (League 4) and ash-Honoris (League 4).