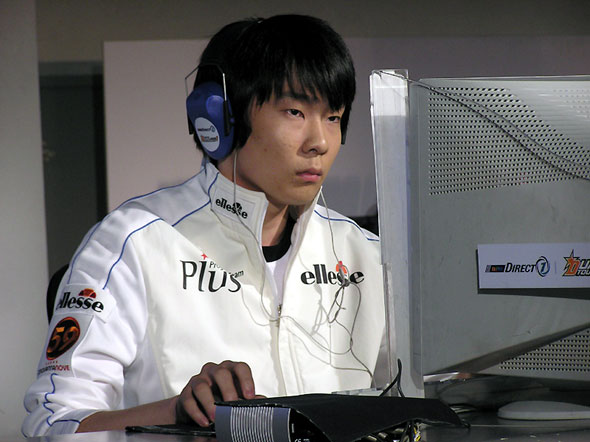 The StarCraft world was severely shocked after the finals of the So1 OSL. An unknown Protoss using the alias "Anytime[gm]" demolished the Terran Emperor 3-2 in the final and in doing so walked the Royal Road. Oh Yeong Jong had come from the troubled Plus team, which was lacking the financial support of a sponsor, to the glory of becoming an OSL champion.

in 2003 Yeong Jong entered the Yuhsoo Amateur Game Festival along with various other amateur gamers. Despite placing 4th he caught the eye of Han Sang Yong, coach of Plus, and was quickly recruited into the team. Under the guidance of Park Ji-Ho (Pusan) he quickly developed an impressive macro game earning him the title of "Zealot Factory". Yeong Jong and Ji Ho's friendship would be a critical part of his development.

After Ji Ho left Plus, Yeong Jong assumed the position of primary Protoss in the team. He continued to develop under the direction of Sang Yong. It was not until 2005 that Yeong Jong burst out onto the scene like a bullet. Tearing through ODT, he became the 4th seed for the So1 Starleague. After his success in the ODT he defeated iloveoov 3-1 in the semifinals and then BoxeR 3-2 in the grand finals.

Yeong Jong became a star over night, associated in fans' minds with Dark Templar play, earning him the nickname "Sasin Toss" ("Death God Toss"). It is fair to say that he pioneered Dark Templar openings for the new generation of Protoss. In addition to this he became one of the Neo-Protoss kings along with old friend-turned-rival Pusan and Stork.

After So1, Yeong Jong dropped off the scene, succumbing to the OSL winner's curse. Impressive showings by teammate Shinhwa in conjunction with Yeong Jung's Starleague efforts earned Plus much-needed financial backing from Lecaf and thus Lecaf OZ was born. It would not be until the fall that Yeong Jong would rise again. 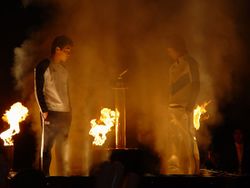 Anytime and NaDa face each other before the OSL final.

In the fall of 2006, in 2006 Shinhan Bank OSL Season 2, Yeong Jong once again fought through many high-caliber opponents and made an impressive showing, defeating Julyzerg, GGplay and GoRush before destroying Midas 3-2 in the semifinals. This time however, he could not go all the way, losing to NaDa in an epic final. Once again, Yeong Jong slumped; earning him the pseudo-nickname "Fall Toss" for only being strong in the fall.[1] This was the beginning of "The Legend of the Fall," the apparent trend of Protoss players making deep tournament runs in the fall.

In 2008, Anytime signed up for his mandatory military service and thus left OZ and joined Air Force ACE.[2]

Anytime returned to the ACE lineup for the 09-10 Proleague. He finished the first round with a solid 4 win, 3 loss record, including two ace matches: a victory over free and a loss to great.

After finishing his military duty Anytime was discharged on October 30, 2010 and returned to Hwaseung OZ shortly after.[3] Once back in OZ he quickly became the new captain of the team and thus took the burden off of Jaedong's shoulders, who had been the captain since ggaemo had left for Air Force ACE.[4] When Hwaseung OZ disbanded, Anytime retired from progaming. He still streams on Afreeca. 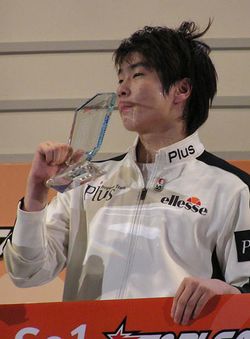 Anytime after his OSL win.