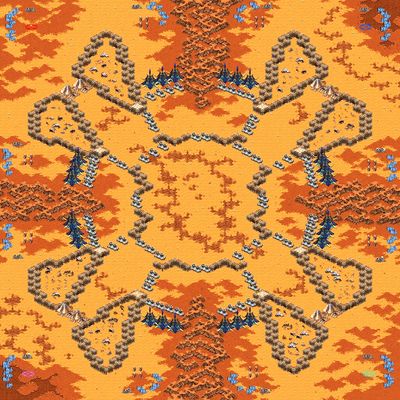 Originally named Alkanoid, the map initially was intended for 2v2 use. But with Iron Curtain already in use for the 2006 Proleague professional teams thought having two heavily strategically focused maps was a bit too much. After being abandoned as a 2v2 map, the creators decided to modify it to a 1v1 version and rename it Arkanoid[1].

Finally introduced in August 2006 Arkanoid was seen to be a very ambitious map. As with most conceptual maps game balance was hard to find, but the departure from traditional strategies made up for this. With three layers of neutral buildings between each base, the map was classified as a semi island.