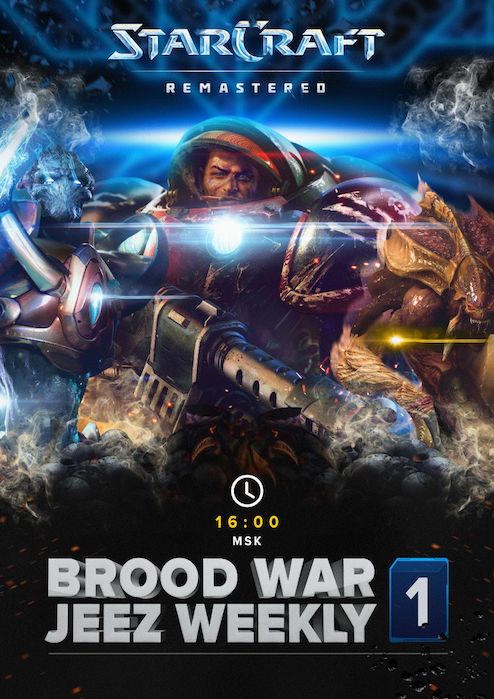 The BW Jeez weekly (BW JW) is an online tournament with the main intention to let rookie players perform on par with top-tier pros. In 2019, a total of 51 weekly tours were held (#41 was canceled because of a schedule conflict with Corrupted Cup 2019).

In 2019, initial guaranteed prize of 5,000 RUB (~$75) was awarded to a champion. "Korean killer" bounties were awarded for eliminating high-level Korean players. They were of the same size as the winner's prize. Prizepool was increased by donations via goodgame.ru website.

In January 2020 it was announced that BW Jeez weekly tours would continue for the whole year of 2020. The minimum guaranteed prize was $100, "Korean killer" bounty was $50. The donation platform was switched to matcherino.

In February 2021 it was announced that BW Jeez weekly tours will continue, but since the 2020 prize pool double goal has not been met, the tournament structure amended to $50/$30/$10 for top-1, 2, and 3 respectively.