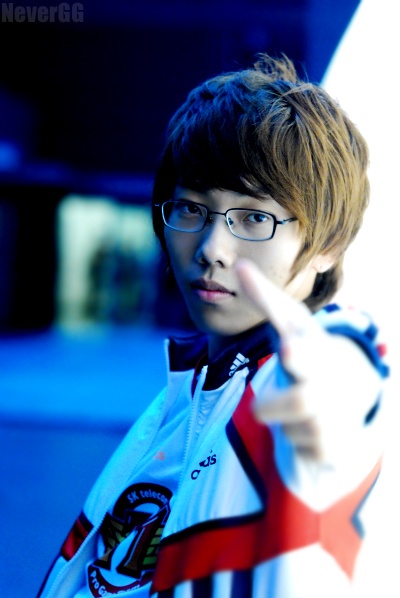 Doh "Best" Jae Wook is a StarCraft progamer from South Korea who played Protoss for SK Telecom T1. Best continued playing as Protoss for SK Telecom T1 after the switch from Brood War until he retired and started streaming on Afreeca[1]. After participating in some amateur tournaments[2] and streaming some Brood War on Afreeca, he decided to go to the army to fulfill his mandatory service. After being discharged in September 2015, Best resumed Afreeca streaming.[3] 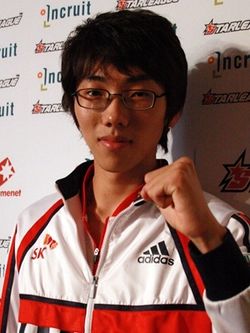 Best first got noticed in WCG2006 where he defeated fOru and nearly defeated Midas. In 2007 he became a regular on SKT's Proleague lineup, where he immediately started to show good results vs Protoss. In 2008 he qualified for the 2008 Bacchus OSL, where he advanced from a tough Ro16 group that included Jaedong, sAviOr, and Sea after passing a tiebreak with Jaedong and Sea. He lost 1-2 in the Ro8 to eventual finalist Stork. Following this game he went on a 16-game winning streak vs Protoss.

Best continued to play strongly and reached the finals of the following OSL, the 2008 EVER OSL. He performed dominantly on his way to the final with wins over Much, JangBi, and Stork. In the semifinals Best performed a reverse-sweep vs Luxury, dropping the first 2 games but winning the next 3, becoming the only Protoss to do so to a Zerg in a Bo5. In the finals he lost 0-3 to July who showcased a clear mental dominance in the series after his 5 Pool opening in the first game of the series.

After the EVER 2008 OSL Best failed to reach another final. Stork broke his 16-game PvP win streak after defeating him 1-3 in the Incruit OSL and he then lost to teammate Bisu in the Batoo OSL Ro8. Best then failed to qualify for the Ro16 of the Bacchus 2009 OSL after being upset by rookie type-b. He did reach the Ro8 of the GOM Classic Season 2 before being upset once again by rookie Skyhigh, who later proved to be a very talented TvP player. Best qualified for his first MSL during the 2009 Nate MSL and won MVP during the group selection ceremony for his good sense of humor and entertaining antics.[4]

Best is currently a regular on his team's Proleague lineup, generally trading spots with teammate Canata. After his defeat in the Incruit OSL he entered a slump that he struggled to recover from, no longer being a huge favorite in any PvP game and still losing a lot of PvZs.

Best started the 09-10 Proleague well with stats of 5 wins and 3 losses including an ace match win over Darkelf and dealing Flash his only defeat of the round. His strong form continued when Best qualified for the Round of 32 in the 2009 Nate MSL. Best won his group going 2-0, with victories over previous MSL champions Calm and fOrGG. This means Best could omit a map from the selection. Best thumbed down Fighting Spirit for his Round of 16 match against team-mate Canata. In the split day format, Best won the first match in a long game on Ultimatum. Best used carriers to attack Canata and destroyed much of his units. After destroying the main, Best planted a nexus in Canata's former base. Canata planted a new base at the 11 and turtled, resulting in a long game with nukes and base swapping. In the second game, despite being nuked again, Best won another close match on Odd-Eye to win the series 2-0.

His strong play in Proleague and individual leagues during this time suggested to many that his slump is over.

Despite his winning record against Flash, when it came to play him in the MSL Ro8, things did not go well for Best. In game 1 on Fighting Spirit, he tried getting a secret expansion before securing his natural but after a timing push, Flash discovered the hidden base and pushed accordingly to get the gg. Game 2 on Match Point was a long macro-based affair with Arbiters and Nukes making appearances. The game started with an early gas-steal and 3 Zealot run-by from Best. Flash expanded while defending this and not long after used a strong timing push that took out Best's natural, breaking his 3-base arbiter play. Flash was in control of the match, defending recalls and went for nukes. The nuke landed, taking out an expo, but Best broke Flash's contain and it looked possible that Flash had thrown the game away. However, strong defence from Flash lead to him destroying the Protoss units and taking the game. When Ultimatum came up in game three, Best had prepared an expansion on an island and went for Reaver play. Best used to observers to scout Flash's large 6 factory timing push. Best attacked the push with a reaver/shuttle and did considerable damage but it barely slowed down Flash. The terran army pushed to Best's front, eventually breaking it and winning the game.

Best continued to play in Round 2 of the proleague season and finished with a 3-4 record, bringing him to an 8-7 overall record.

After retiring from Starcraft 2 Best started streaming on Afreeca in September 2013 though he did not start participating in tournaments because of his upcoming mandatory military service. In September 2015 Best was discharged from the military and resumed streaming. In 2016 BeSt qualified for Afreeca Starleague Season 1 by defeating Guemchi but dropped out of his ASL 1 group after losing to both, hero and Last. Best managed to qualify again for the next Starleague after defeating sKyHigh and Sexy. In ASL 2 he was seeded into Group F, which included Hint, Mong and the newly returned Jaedong. With wins over Hint and Jaedong Best advanced from his group in first place.

Best's strength lies mainly in his macro mechanics and expansion/gateway timing. This contributes to his PvT matchups, where the main bulk of the fighting force consists of basic gateway units. His strategy focuses on pushing his opponent right when the economy from his fast expansion(s) kicks in. If the timing is correct, he can outmass his opponent with zealots and dragoons with the help of the stasis spell from a fast arbiter. In contrast, he is less proficient with multitask heavy games, as well as aggressive early games. Best has been criticized for the less action-focused macro style, which some call "stale and boring". Nonetheless, he continues to win consistently in PvT and PvP with this style. His weakest match-up is PvZ. His corsairs were jokingly renamed "dohsairs" by some due to his inability to correctly micro them while multitasking. 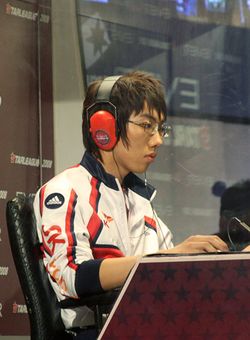