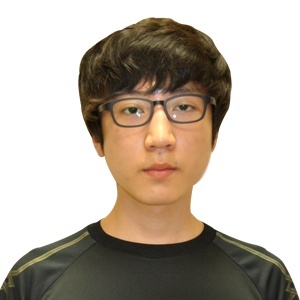 He currently plays Terran in StarCraft II for KaiZi Gaming

Bogus was born in 1993. He started out young for a progamer and is a Terran on STX.

He made a name for himself very shortly after his debut. Little over a month after his Debut, Bogus started his run in the GOM Classic Season 2. On his way to the round of 32, he defeated Zergs Nice, Zergbong, and eagle before surprising many fans with a victory over Firebathero. He was eventually defeated by Rock, losing 1-2. He failed to repeat this success in the GOM Classic Season 3, losing his first series 0-2 to Child. He played rarely in the 08-09 Proleague season, but finished with stats of 4 wins and 3 losses.

He was played once in the opening round of the 09-10 Proleague season, losing his only game to ZerO. For the first time, he qualified for the 2009 Nate MSL and cleared his round of 32 group 2-1, with victories over Bisu and sAviOr surprising many fans. During the MSL group selection, he said he wanted to play in the group with Bisu and sAviOr as he said it seemed like the easiest group. Eventually his team-mate Calm used one of his three changes to grant Bogus this wish.[1]

He was nominated for Rookie of the year in the Korea e-Sports Awards 2009, but lost out to EffOrt.

In round two, he was, again, only played once but this time he won against Shine leaving him at 1-1 overall.