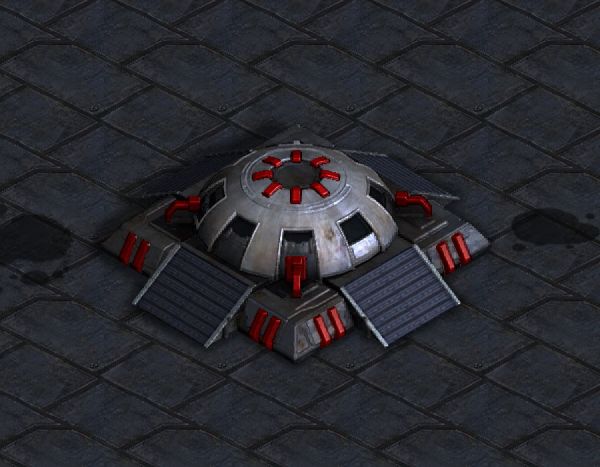 The Bunker is an important Terran defensive structure. Unlike defensive buildings like the Missile Turret, Zerg Sunken Colony or Protoss Photon Cannon, the Bunker does not directly attack (i.e. defend against) opponents on its own. To be effective, the Bunker must be filled with one to four infantry units, which then deal damage against the opponent. When damaged, the Bunker can be repaired by SCVs, allowing the life of the Bunker to be significantly extended; the more SCVs working, the faster the rate of repair.

The units that can be placed in the bunker are:

Ranged units, such as the Marine, inside the Bunker benefit from a +1 range upgrade. Note the SCV does not attack while inside the bunker. In addition, the infantry unit will be invulnerable to attack until the Bunker is destroyed. The type of infantry unit determines the amount of damage dealt and range of attack. Similarly, the type of attack units inside determines whether damage is dealt to ground or air targets. As such, it is common to see four Marines being placed inside the Bunker as a default option for both ground and air defense. If the Terran player anticipates the opponent will be attacking with melee units such as Zealots or Zerglings, however, Firebats are commonly placed inside the Bunker instead. Often Bunkers are used at ramps or chokepoints to create a partial or full wall alongside Supply Depots and Turrets.

No upgrades are researched, nor units built, at the Bunker.

A common tactic involving Bunkers is for the Terran player to place one or two filled Bunkers before expanding at a new base with the Command Center to secure that space.

Bunkers are effective in the early game, but their effectiveness quickly diminishes as the game progresses and the opposition's forces begin to grow. In the mid and late game, they require supporting units to keep the focus off of them or else they will quickly be destroyed. It is a mistake to rely on Bunkers for your defense in these stages of the game.

It's common for the Terran player to place a Bunker at the natural base early on to counter a strong Zergling or Lurker force. The latter may be necessary before the Terran player has Siege Tanks as the Marines inside the Bunker have longer range and greater health than Marines outside it. This also has the benefit of conserving the amount of Comsat Scan Energy for the burrowed Lurker. Note the Lurker has longer range than the Marine inside the Bunker until the Marine is upgraded. One or more Bunkers come into further use during the mid-game to counter any potential Backstabbing.

Bunkers are sometimes built early on to defend the natural expansion. Marines with range upgrade inside the Bunker have the same range as, and can now fend off, Dragoons with the range upgrade.