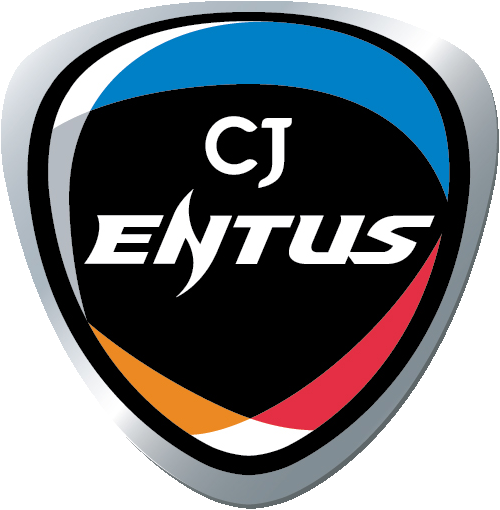 CJ Entus, commonly known as CJ, qualified for and competed in Playoffs of the 08–09 Proleague Season. CJ Entus was eliminated by Hwaseung OZ, the eventual second-place team. CJ is generally held to be the team with the 'deepest' overall lineup. All races have strong representatives, there is notable variation in the Proleague lineup, no player carries the team completely on his own, and there is a fairly large number of players that qualify for Starleagues.

CJ stands for entertainment and enthusiasm, as expressed on their website, and have a vision to bring a world class E-Sports team promising joy and happiness to all its fans. The team name Entus comes from "entertain us".[1]

The CJ Entus practice house and the Woongjin Stars practice house share the same building. The two teams are known to have good relations. CJ Entus traded GGPlay, and later Kwanro to Woongjin.

On October 12, 2010, CJ Entus and Hite Sparkyz were merged into Hite Entus, as Hite SPARKYZ was crippled after the Match Fixing Scandal. As of May 8, 2011 the team was once again renamed CJ Entus.

CJ Corporation sponsors the team, which is a major manufacturer of foods and is also involved in the entertainment industry.

Between October 2010 and May 2011, the naming rights to CJ Entus were owned by the Korean 'Hite' Beer company, due to being sold in April 2009 by the OGN Sparkyz team prior to its merger with CJ.

In the past, CJ's lineup boasted a number of strong players, including former bonjwa sAviOr, Starleague champions XellOs and GGPlay, and Starleague contenders Iris, Much, and OversKy. However, sAviOr retired due to the Match Fixing Scandal, GGPlay returned to Stars and retired, XellOs and Much played on Air Force ACE before retiring, OversKy became a coach, and also joined ACE. However, CJ's younger players are filling their elders' shoes: the combination of Leta as captain, Skyhigh, and EffOrt now lead the team, achieving strong league results of their own, with support from the even younger generation of Snow, Hydra and Horang2. 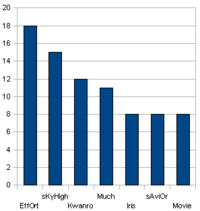 CJ's performance in the five round 2008/2009 Proleague was at best mediocre, until the wakeup call that was the Winner's League. Round 1 saw the team at rank 8 with a 6-5 record, r2 made them slip with a sub-par 4-7 performance. With the Winner's League season, Entus' rise began. They finished #1 of the ranking with a total record of 9-2. In the Grand Final, they defeated Hwaseung Oz with 4-3, where Skyhigh performed a reverse all-kill after Jaedong had created a 3-0 lead for Hwaseung. During r4 and r5, a decent performance of 12-10 combined was enough to grant them a playoff spot as 5th of the table.

After placing 4th, CJ Entus had to play Hite SPARKYZ, who finished 3rd, in order to advance. The match consisted of two Bo7 matches on two adjacent days with a "super-ace" match deciding if each team won one day. CJ took day 1 with a score of 4-3 with Movie winning the Ace game against Leta. On day 2, however, Hite managed to even the score with a 4-2 victory. In the super-ace game, EffOrt managed to take down YellOw[ArnC]. (See TL newspost)

Against the team of Samsung KHAN, CJ was the clear favorite since Samsung had been performing sub-par ever since Winner's League started. This did not stop them from taking day 1 from CJ with a total score of 4-2. On day 2, Samsung gained an early 3-1 lead, but was unable to finish the match in the three games to come, with great losing the Ace game to EffOrt. In the super-ace, EffOrt was sent out again and managed to take down Stork, thus single-handedly taking 3 of the necessary 5 wins for CJ on that day. (See the TL.net newspost)