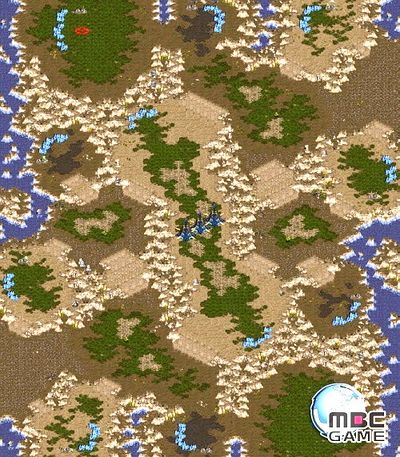 Carthage is a map that was introduced in the 2009 Lost Saga MSL. Since then, it has remained in the MSL map pool.

The map changed quite a bit from the original Carthage to Carthage 2, but has not changed much from Carthage 2 to Carthage 3. The biggest change from 1 to 2 was the addition of more mineral patches to the main. Also, the expansions on the top and bottom of the map have been moved away from the sides, and the ramps have been adjusted accordingly.
The original version of the map was used in the Lost Saga MSL. Carthage 2 was introduced in the 2009 MBCGame Season 1 Survivor Tournament and Carthage 3 in the Avalon MSL

Note: the selected Probe in the 11 o'clock layout needs to be there for the wall to be tight.

These walls can only be used on Carthage 2 & 3