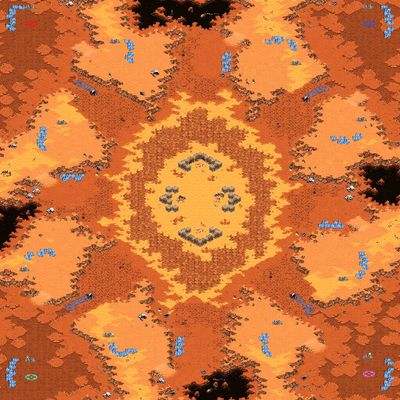 This map was first introduced for the 2008 Shinhan Bank Proleague, and then modified into Colosseum II, used in the GomTV Avaratec-Intel Classic Season 2. This map is characterized by the narrow choke into the main with the neutral Creep, and the upraised natural that allows ranged units to shoot down into the canyon onto attacking units. This allows most players to get their natural fairly quickly, and defend it easily against ground attacks. However, there is a large amount of space behind the Minerals in the natural, allowing for easier harassment.