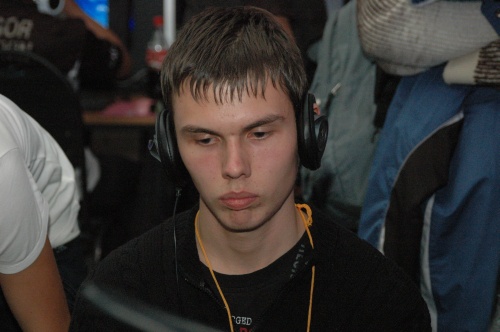 Nikolay "Defi" Antonov is a Russian player, organizer and member of The reps.ru fun-gaming pro team.

Defi started to play Brood War in 2006, after moving from Irkutsk to St. Petersburg. He started to play competitively in 2006, but never finished high in a prestigious tournament. In 2009 Defi had his first break through at ASUS Summer, where he reached the fourth place. He missed to qualify for WCG Russia in the same year, since he was seeded in one group with gOgna, Ramms and Advokate.[1]

He was one of the unknown players until after the StarCraft II Beta outside of the Russian community. In March 2011, Defi founded the reps.ru fun-gaming pro team with Plumbum and Largo. In the following years Defi's only notable achievement as players was the third place in the Moscow LAN, where he lost to the eventual winner Lancerx. Aside from this, the race picker was a part of Russia's National Team in Altitude Nation Wars and the SBWI Nation Wars.

Defi is probably most known for his sponsorship and organisation of several events. In mid 2011 he organized show matches between known foreign players[2] and Sziky and high class Korean Amateurs on Afreeca].[3][4] In winter 2012 Defi also sponsored twelve smaller tournaments on defiler.ru.[5][6]