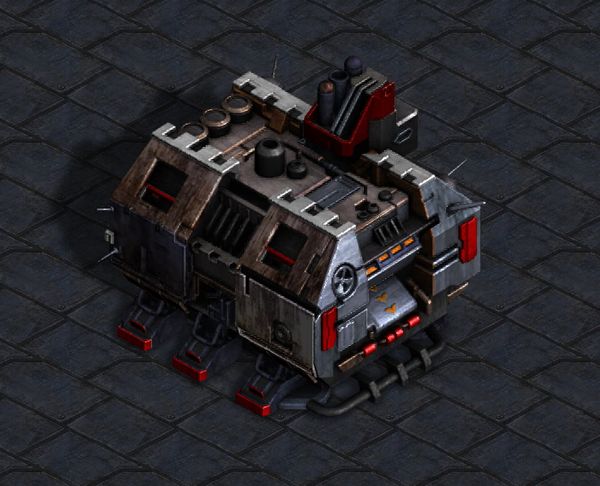 The Factory is a Terran building that can be used to produce the Vulture, Siege Tank, and Goliath. No research upgrades can be directly performed on the Factory, but a Machine Shop add-on can be constructed onto the Factory that allows various upgrades relating to Factory-produced units. The Vulture can be produced with the Factory alone, while Tanks require the Machine Shop add-on. Finally, the Goliath can only be produced after the construction of the separate standalone building, the Armory.

Since many Terran strategies involving Mechanical unit armies, multiple Factories may be built, but the Terran player will only opt for the Machine Shop on a subset of them. In these strategies, Terran players must carefully organize the location of its Factories in constructing its Sim-City and to fit the maximum number of Factories in its main base, but can utilize the Lift Off ability of the Factory to aid in this process.