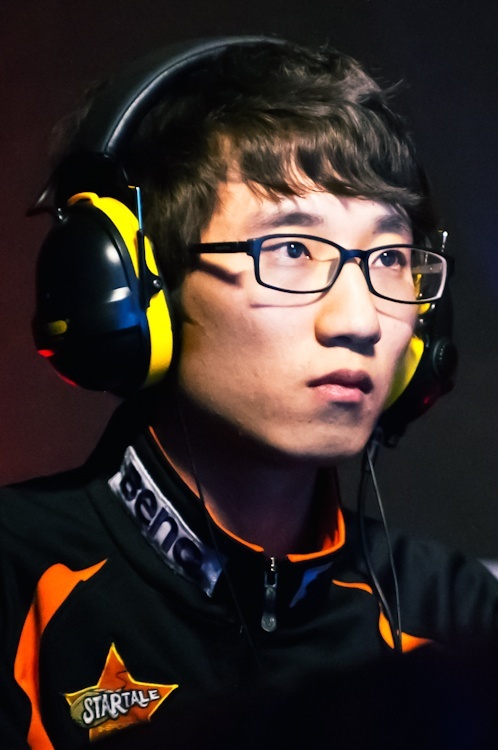 Choi "Fancy" Ji Sung, also known as "Bomber", is a StarCraft progamer from South Korea who played Terran for eSTRO.

He played Terran in StarCraft II for Red Bull and Afreeca Freecs.

Choi Ji Sung played under the ID Fancy for eSTRO. Fancy's first notable achievement would come from playing in Shinhan Bank 2010 Winners League on January 27th 2010. He starts off with an epic 29 minute win against GoRush on the map RoadRunner. Later in the series, he falls to XellOs on Fighting Spirit. Fancy continued to train, later trying out for the Spring OSL preliminaries, losing 0-2 against FireFist. Choi Ji Sung's last match was on June 17 2010, in which he defeated Samgsung's Sharp and MBCGame's Tiny in Dream League. He then transitioned to StarCraft II, signing with StarTale and switching his ID to Bomber. He would go on to win a GSL Code A championship, an MLG championship and the WCS Season 2 championship after a sweep of Jaedong in the finals.