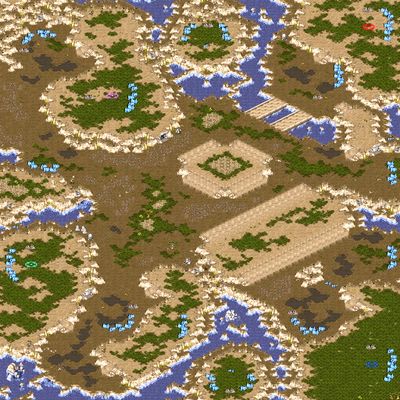 The layout of Fantasy (also known as Monghwan) is strange if compared to the standard maps. One noticeable characteristic of the map is the different layout of the map for each base and the center. This feature contributes to position imbalance and also switching of strategy to cope for different spawning place between oneself and the opponent. Further observation is that Fantasy is actually sections from 4 different maps pieced in together. These maps are Xeno Sky, Nostalgia, Gaema Gowon and Ride of Valkyries.