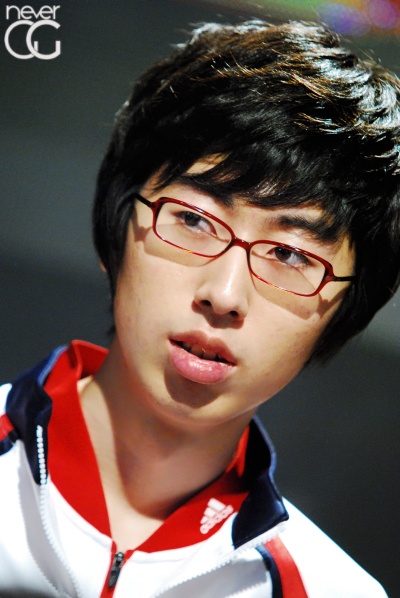 He currently plays Terran in StarCraft II for Dead Pixels.

Fantasy first appeared on the lineup of SKT T1 in May 2007. He initially displayed poor results, and failed to enter the MSL that season. He was part of the SKT T1 lineup later that year for the 1st season of the Minor League, in which he excelled, holding a record of 7 wins and 2 losses, the best of any player that season. He soon managed to qualify for the Arena MSL (where he lost in the group stage) and later in the Incruit OSL, in which he earned his fame.

In the Incruit OSL, fantasy defeated seed NaDa in an upset and entered the Ro16 as a Royal Road candidate. Fantasy continued to defeat OSL veterans such as Mind and Sea and made what is perhaps his greatest claim to fame in the semifinals against GGPlay by unleashing an extremely strategic mech-based play and defeating him 3-1. This build soon became known as the fantasy build; it combines Vulture and Dropship play with Valkyries to make up for standard mech weaknesses versus Zerg. The strategy had a significant impact on the way the match-up was played for several months afterward. Fantasy went on to the finals to face Stork as an underdog yet again. He showed impressive play but ended up losing to Stork in the final set; giving Stork his first gold medal after several 2nd place finishes and fulfilling the Legend of the Fall.

After the Incruit OSL, fantasy performed much better in Proleague in comparison to his previous showings, but performed poorly in the Shinhan Winners League. Fantasy was seeded in the Batoo OSL and once again performed quite well, defeating by.hero, Leta, Luxury, and teammate Bisu to reach the finals once again, becoming the 5th player ever to reach two OSL finals back-to-back. His opponent was Jaedong (at the time considered not only the strongest Zerg but also the strongest player in general), and after 5 sets Jaedong emerged victorious, with fantasy losing 2-3 in the finals once again. Fantasy was defeated in the semifinals of the Bacchus OSL 2009 by Jaedong and reached the Ro16 of the Avalon MSL. He became the strongest performing Terran player on his team, appearing on SKT T1's Proleague lineup nearly every match.

In the '09-10 season overall, Fantasy had some success although like most he was eclipsed by the LeeSsang rivalry. He started the season strongly, finishing round 1 with stats of 6 wins and 4 losses including 2 ace matches, a win over emerging rival Calm and a loss to TvT powerhouse Flash. Fantasy was seeded into the Round of 16 in the 2009 EVER OSL but lost in the group stage against Shine and EffOrt. Fantasy performed haphazardly in round two of the proleague. Despite a poor start, he eventually finished the round 4-4 with an ace match victory over Zero. In the later rounds of the 09-10 Proleague Fantasy began to pick up momentum and he was often picked as SKT1's Ace while Bisu was recovering from a slump. Fantasy qualified for several other individual leagues near the end of the season (Korean Air Seasons 1 and 2, Hana Daetoo MSL, Bigfile MSL) and most made it to the semifinals of the Bigfile MSL where he played a very close series against Flash, losing 2-3.

Fantasy reached new heights in the '10-'11 season when he broke his silver curse and defeated Stork in the 2010 Bacchus OSL finals in a crushing 3-0 victory. The series was remarkable for Fantasy countering Stork's reaver and carrier tactics, which Stork had used to great success earlier in that OSL. By using a fast goliath range off 1 factory on Gladiator and wraiths on Aztec, Fantasy was able to stop Stork's shuttle and take the initiative with his own dropships, finishing the series with an elevator on Pathfinder.

Fantasy achieved the position of #1 for the April 2011 KeSPA rankings, surpassing Flash and Jaedong.

Due to his close mentorship with his coach iloveoov and to a lesser extent Boxer, Fantasy has pioneered numerous strategies such as the Fantasy build and fake mech. In comparison to Flash's reputation for macro play, Fantasy is renowned for his harassment and unorthodox style (although his standard play can be quite good). In series play especially, Fantasy has often tailored very specific builds to his opponent's style as evidenced in both Batoo OSLs. Fantasy is known for having excellent vulture control and dropship play in all match-ups, which gained him the nickname "the Terrorist". On the other hand, Fantasy's historically has displayed sub-par bionic control and a record of falling apart under pressure (Incruit, Batoo 2008 finals).

Fantasy and JangBi have played each other 13 times in their career, but the fact that they are considered by many to be among the very best players in their respective match-ups means that any time they face each other there can be quite a lot of excitement from fans. To date they are 7-6 versus each other in Fantasy's favor. Recently, Jangbi's 3-2 win over Fantasy in the 2011 Jin Air OSL was one of the more dramatic Starleague finals in history, and their consecutive finals in the 2012 Tving OSL marked the conclusion of Brood War-only leagues.

As two of the strongest TvT players, they have played each other numerous times. At the end of 2011, Fantasy's record against Flash in KeSPA matches was 5-13. This record improved to 9-13 in 2012 as Fantasy won four straight games against Flash, including a 3-0 victory at the 2012 Tving OSL.

Fantasy first came into contact with the STX zerg during the 08-09 Shinhan Bank Proleague in which Calm manage to take the game. The next time these two would meet would be during the Ever 09 OSL in the round of 16 in which Fantasy defeated Calm. However Fantasy lost to Shine and EffOrt in the following matches knocking Fantasy out of the OSL. Next time he went against Calm would be during the 09-10 Shinhan Bank Proleague where Fantasy lost but met Calm again during the ace match in which Fantasy won. After defeating Calm yet again during the proleague season he met Calm again during both the Korean Air OSL and HanaBank MSL round of 16 where he lost to Calm twice. At the Korean Air OSL tiebreaker Fantasy manage to beat Calm but both were knock out by Pure. Then later at Day 2 of the Ro16 in the HanaBank MSL Calm lead the series by 1-0. Fantasy manage to defeat Calm pulling the series 1-1, but Calm manage to defeat Fantasy at the last set advancing to the Ro8 while Fantasy is knock out of the MSL to. Fantasy leads the head-to-head record at 14-8.

Whenever Fantasy and Jaedong faced each other, they played on a different level, often showcasing immense skill in the TvZ match up. These two first met in proleague with Jaedong demolishing Fantasy, however Fantasy, later on, has shown to be no push over and has won 6 out of the 17 games played total according to the TLPD. Most notable game between the two had to have been on the Proleague 2008-2009 Grand Finals where on the ACE match of the series on the final day, Fantasy played a bunker rush against Jaedong with precision taking Jaedong out on the grandest stage they will ever meet on.