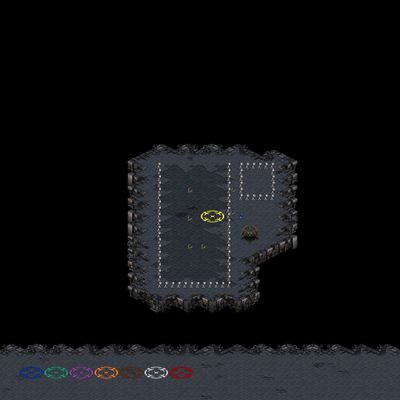 "Private, there's been a terrible accident. The MH-232 Teleportation system has malfunctioned, and the automated computer system is shot. Without the computer, you're going to have to do everything manually.

Blocks of various specimens are about to be delivered to us in cold-sleep. It's your job to move the blocks to the bottom of the loading dock.

The units can't be teleported away unless there's a solid line from one end of the bay to the other. Any holes disrupt the teleportation matrix. You have to rotate and move the blocks as they appear to make solid horizontal lines.

Normally the computer would pack the units in perfectly, but now it's up to you. I've delayed the unit delivery so they will come slowly at first, but they will come in faster as you progress.

Good luck, and if it helps to calm you down, just try to think of this as a game you used to play on your portable game system, not a life or death emergency."

- Create solid horizontal lines of units to remove the lines and score points.

- You may rotate or move the units that appear by shooting marines with your ghost.

- You lose the game if you can no longer place new units.