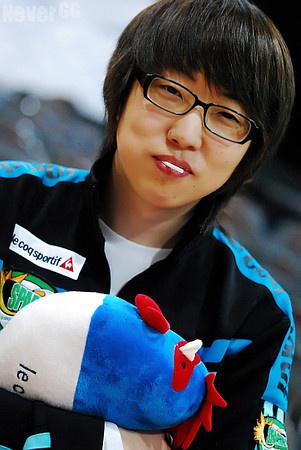 Kim Chang Hee first entered into a major league in the 2007 GOMTV MSL Season 2, where he made it to the round of 32 before being knocked out after losing to 910 twice. After this achievement, go.go started to get attention from Hite and they began putting him in their Proleague line up. go.go's play was inconsistent at first, but he soon found a niche in Terran vs. Terran, where he was able to play head to head with top Terrans such as Flash and firebathero. However, his skill in the rest of his match ups were rather lacking, and he rarely qualified for any major league. When he did, he didn't make it past the Ro32.

On May 1, 2009, go.go qualified for the Bacchus OSL 2009. He showed strong play, beating Luxury, Bisu, and Hwasin and was able to advance to the quarterfinals against teammate YellOw[ArnC], where he lost 1-2.

During KeSPA's first Free Agency in 2009, go.go announced that he would become a free agent due to concern that he wasn't being played out often since hite SPARKYZ already had excellent Terran players such as Leta and an otherwise well rounded team. The only offer he received was from WeMade FOX, but since FOX already had Mind and BaBy doing well, he decided to return to Hite.

In Round 1 of the 09-10 Proleague, go.go showed solid play, finishing with stats of 2 wins and 2 losses. He was played infrequently due to Hite's tendency to use two Zerg players in the lineup, with Leta and a Protoss. Kim Chang Hee was seeded into the Round of 36 of the 2009 EVER OSL after his Ro8 finish in the previous OSL. He defeated RuBy 2-1 to move on to the Round of 16. In the round of 16, go.go was put in a group with Jaedong, Movie and Pusan. Both go.go and Pusan lost both their games to Jaedong and Movie leaving them both eliminated with one game left to play.

His form in round one didn't continue into the second round where he finished with 0 wins and 3 losses. This gives him a 2-5 record going into the Winners league.

During the final qualification Survivor game for the 2007 GOMTV MSL Season 2, go.go was matched to play against TT on Blitz X. After an unsuccessful proxy gateway build order, TT blocked his ramp with probes and quickly teched to robotics. Go.go's scouting SCV was blocked by the probes so he abused a glitch in order to pass through TT's probes and scout the build that TT was preparing. TT requested a pause and spoke to the KeSPA representative, who deemed that the game should continue after a 10 minute intermission. Go.go went on to win the game, gaining qualification into the GOMTV MSL. After the event KeSPA banned the use of the bug go.go had used.