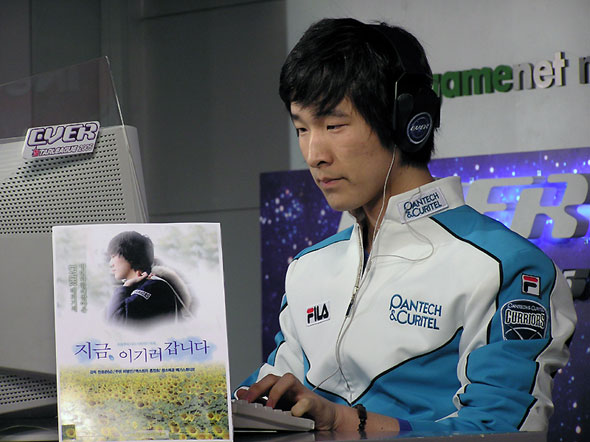 Goodfriend played for Pantech Curitel in his early career, until transferring to KTF in 2005 and then eSTRO in 2008. Goodfriend was a great Terran player of his time. He was a force in Proleague for KTF in his prime; even more impressively, he reached the finals of the EVER2005 OSL, the semifinals of the 2006 Shinhan Bank OSL Season 2 and 3rd place match of the IOPS OSL. However, in these matches he was beaten 3-2, 3-0, 3-0 by July, NaDa and GoRush respectively.

Despite his achievements and sometimes overwhelmingly strong gameplay, he also was the victim of several "of the year" matches: by Nal_rA with Hallucinated Arbiters overcoming mass Goliath in one swift move, and was "taken on a trip" by iloveoov with pure Wraiths against a Goliath/Turret line on Nostalgia. Being victim of these notable games and decisive Starleague matches, using the overplayed Terran race, and being a macromanagement player who became better as the match elongates, he was considered one of the more underappreciated progamers. Nevertheless, fans in Korea knew that Goodfriend was a very skilled Terran albeit having less 관심, or interest and fondness.[1]