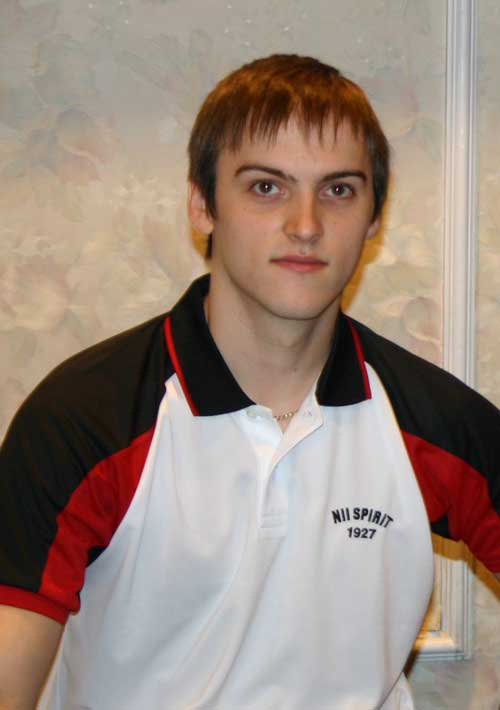 Guillaume "Grrrr..." Patry is a retired StarCraft progamer from Canada who played Protoss for Hexatron.

After dominating the first few online leagues arranged by Blizzard and AMD Professional Gamers League, Guillaume "X'Ds~Grrrr..." Patry turned his eyes to Seoul, South Korea, the perfect place for a progamer to develop as a player. Guillaume moved to South Korea in the year 2000, and became a StarCraft icon. Despite being the only foreigner in Korea at the time, he rolled over every obstacle. He never actually practiced hard as a player, but relied on clever tactics, strategic insight and a deep understanding of the game to win.

Over the years, the Reaver Drop as well as his tendency to perform the "Gas Rush" became Guillaume's trademark strategies. As his era was before the time of flawless game mechanics, the upcoming players eventually began to overtake Patry by simply training harder, and using new techniques. Unlike the newcomers, Patry did not hotkey his buildings, thinking hotkey spamming was useless. The new Replay feature which arrived with the 1.08a patch also made his games far easier to analyze, and his once superior knowledge and strategies were soon discovered and countered. Throughout this period, Guillaume's biggest threat became SlayerS `BoxeR`.

Although his period of dominance and success was very short, Grrrr... left a big mark on the progaming scene. The most innovative Protoss player of his time, his contribution to the creation of new Protoss strategies can easily be compared to what Boxer did for Terran. His favorite match up was PvZ, and he gave some insight to his strategies in an interview with SCLegacy in 2001:

"My favorite match up is Protoss vs Zerg. I don't mean that I win PvZ all the time, but I mean that I like to play it. What I like to do against a 3 hatch hydra user is a simple zealot rush with fast gas, then stop making zealots after 5, tech quickly to Templars and possibly expand even before my templar archives is done. Then I get psi storm/archons and zealot speed. I really like to get fast templar and fast expansion, and it's the best way. It works best at 12:00 on lost temple." To this day, quickly expanding under the safety of Templar tech is a standard aspect of PvZ.

Around the time of this interview, Guillaume had cut playing Brood War to 20 hours a week, and he had started to get interested in other things in life. Not long after, our most shining foreign star started to fade, only taking third place at WCG 2003.

As of March 2014 he participates in Hearthstone tournaments organized by Ongamenet.