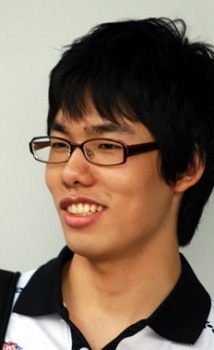 He currently streams on Afreeca.

Despite a weak showing in round 1 of the 09-10 Proleague, finishing with stats of 0 wins and 2 losses, Guemchi showed strong performances in the 2009 Nate MSL and the 2009 EVER OSL. He qualified for the round of 36 in the OSL before being knocked out in the seeded match by Hwasin. He also managed to qualify for the Round of 16 in the MSL, shocking fans by defeating Bisu followed by Bogus, clearing his group 2-0. Guemchi is set to face Hwasin in his Round of 16 match and as he won his group, he got to choose which map to Thumb-Down. Guemchi decided to remove Odd-Eye from the lineup.

The series was played in the standard Split Day format. In the first game on Ultimatum, Guemchi attempted to DT drop Hwasin but lost his shuttle to Hwasin's turret ring. After this loss, Guemchi never recovered and lost to a simple push from Hwasin. In the second game of Fighting Spirit Hwasin's bunker rush took out Guemchi's early nexus which left the game relatively even. After a pause from the KeSPA referee delayed the match, the game resumed. Shortly after, Guemchi's attack was defended by Hwasin and he was forced to gg, losing the series 0-2 and knocking him out of the MSL.

Guemchi's poor Proleague results continued into round 2, where he again went without a victory, losing all three of his games to give him a 0-5 record going into proleague. Despite this, he performed the first All-Kill of the 2010 Winner's League over CJ Entus, defeating Iris, EffOrt, Snow and Movie starting in the second set. Playing with intelligence and confidence, he utilized Dark Templar, Reavers and Shuttles to overcome his opponents in front of an audience made up mostly of Woongjin staff. He said the crowd chanting his name made him feel like he was like top players: Bisu, Stork, Flash and Jaedong.[1]

But Guemchi could not keep his momentum, and fell into a slump during rounds 4 and 5. At the end of the season, he went on to travel in India. His initial plan was to quit gaming, but after he returned from India, he started playing SC2, and joined MYM, as suggested by ex-Hite player Puma.[2] He then joined Startale and participated GSL3 prelims. Startale practice schedule and organization, as well as his love for StarCraft:Brood War made him overcome his fear of asking Coach Lee to return to Woongjin Stars. Coach Lee, who in the first place had tried to dissuade Guemchi from retiring accepted him back as a training partner. Guemchi was added to Woongjin Stars roster in February 2011, and even made a few Proleague appearances.[3]