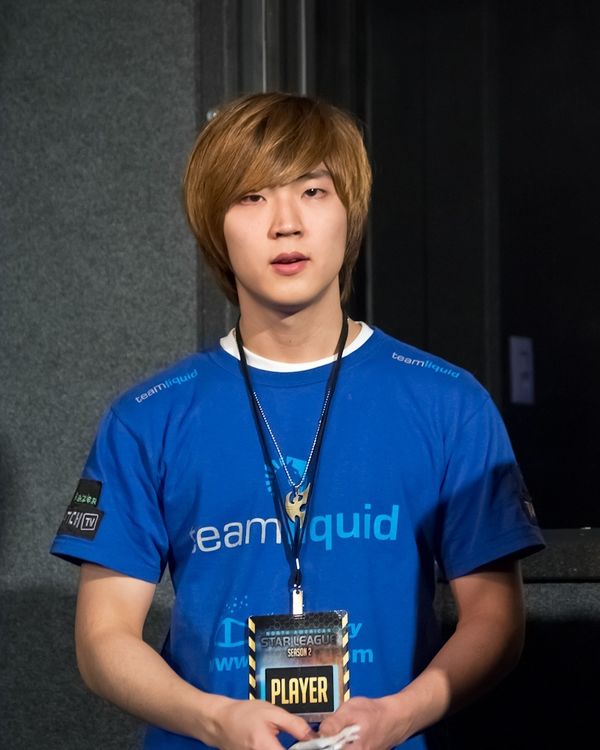 He currently plays Protoss in StarCraft II for Team RevolutioN.

Song Hyeondeok was born on Geoje Island along the southern coast of Korea. As is often the case for the younger of two brothers, he wasn't necessarily the best gamer in his family. Like most Korean males of their generation, HerO and his brother were inevitably drawn to StarCraft. At first, HerO could not find a way to defeat his older sibling, but the release of Brood War changed this. Armed with dark templars, HerO earned a precious first victory over his brother, one that would inspire his path ahead.

By the age of fifteen, HerO had become a skilled amateur Brood War player. He had not neglected his academic career in this process, and was placed at an important crossroads as he entered high school. One road would have him live the grueling life of the typical Korean student. It would be an academic all-in with the stakes being entry into a prestigious university, though three years of mind-numbing days and sleepless nights would be the only guarantee. Unlikely as it may seem, the other, much less taken path, would be even more difficult and taxing on the soul: the way of the pro-gamer. HerO made his choice to pursue his passion.

A combination of skill and luck saw him through the KeSPA Courage League - the trial through which aspiring gamers are awarded semi-pro status - in just two tries. At the age of sixteen he entered the Lecaf OZ team, making him one of the youngest pro-gamers at the time.

Despite his unexpectedly easy entry into the world of ESPORTS, the Korean pro-gaming scene would immediately prove to HerO its reputation as a meat grinder for youthful aspirations. He had only a little time to be star-struck by players like Anytime, before being confronted with the skill chasm he would rapidly be forced to fill in order survive. Wins would be hard to come by for HerO during the team's internal evaluations, and the burden of disappointment was especially hard on the young pro-gamer.

While HerO gained valuable skill and experience over time, success was harder to come by. Countless preliminaries came and went, but HerO could not find a way to break through. Though he proved his confidence in practice, he found himself being continually passed over by the team's management for Proleague (the central, team-based competition in Brood War) opportunities. When it became clear that after two years, he did not factor into his team's future plans, HerO was forced to call it quits.

HerO settled back into his old life, going back to school to pick up where he had left off. However, the ghosts of the past would never leave him completely. It was hard to shake the feeling that it was not the way things were supposed to end. It wasn't surprising that StarCraft II caught his interest when it came out, but it was the most fortuitous of meetings at the GSL Open preliminaries that set him on his present course. At the event, he met an old teammate with a new name in the form of oGs.gOn, now a coach on the Old Generations team. There was talk of second chances, and HerO decided he would pick up the shards of his shattered dreams.

There were fairy tale returns to pro-gaming for some Brood War pros, who tossed aside years of ignominy in what seemed like mere moments to finally clinch the success that had eluded them for so long. For HerO, there would be nothing of the sort. It was practice, practice, practice even more, only to lose in the preliminaries. Old doubts began to seep in again. He had been known as a formidable player behind closed doors during his Brood War days, but had never had a chance to shine in the spotlight. For that to be his fate once more would be unbearable.

Yet HerO's talents had not gone unnoticed. When Liquid` came calling, HerO knew that it was an opportunity he could not turn down. He was too good, and too tired of practicing and working with little results or recognition. Joining Liquid` was an affirmation of his dedication and skill; an opportunity to show the world his true abilities in StarCraft 2.