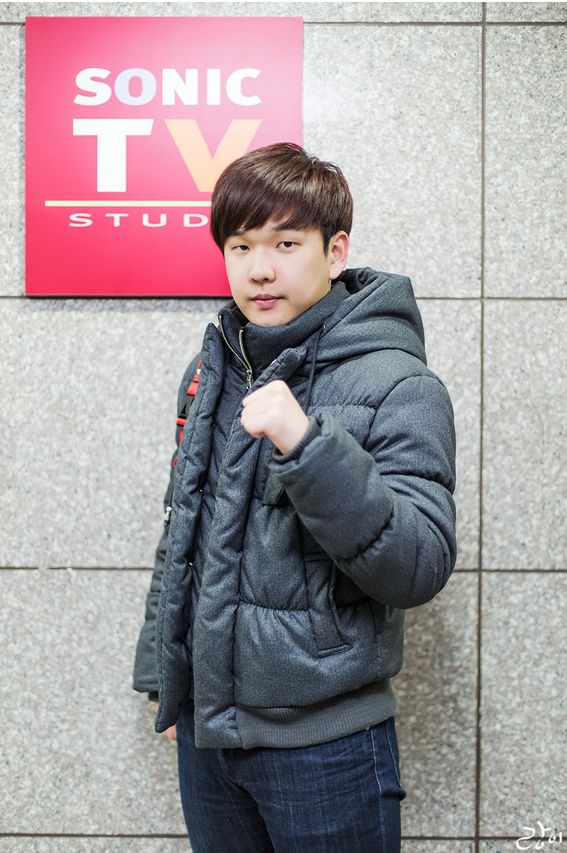 Jo "hero" Il Jang is a StarCraft progamer from South Korea who played Zerg for Team 8. He currently plays in amateur leagues.

By.Hero started his career in much the same way as a majority of players. His first few games were OSL and MSL preliminaries which he failed to pass. He played his first televised game in the 2007 Shinhan Bank Proleague Round 1 against fOrGG which he lost. He was played three more times in the 07 Proleague and finished with stats of 1 win and 3 losses. He was knocked out first round in the GOM Classic Season 1 by Sair 1-2.

With the arrival of the 08 Minor League, Hero began to show his ability as an up-and-coming Zerg, finishing the round with 6 wins and 3 losses. Following these results, he won his opening game in the GOM Season 2 Classic against unknown Terran Raynor 2-1, before beating Boxer 2-0 in the following round. He then defeated Nbs 2-1 before being knocked out in the round of 32 by Best, after losing 1-2.

Hero first became noticed by many fans when he upset the #1 Elo-ranked player at the time Bisu 2-0 in the Ro36 of the Batoo OSL. Known as the "neo-July" due to him employing the same trademark aggressive style as July as well as to being on the same team as July (Hero has also stated that he learns much from July). Before beating Bisu, Hero defeated Ruby 2-1 and qualified out of his group. Hero was placed in group B of the round of 16 with Fantasy, Leta and Tester. He defeated Tester and Fantasy in group play and managed to force a tie-break with the two Terrans. In the tie-break, Fantasy defeated Leta, then Hero leaving it up to the final match to decide who would qualify second. Hero managed to overcome Leta on Tears of the Moon to move on to the round of 8. Hero was matched up against Hwasin in a best of 3, a series that he won to move onto the Semifinals against ZvZ monster, Jaedong. Up to this point, Hero had shown his skills in ZvT and ZvP, but had not played many ZvZ matches. Many fans doubted how he would do against Jaedong in a semi-final, especially considering Jaedong's form at the time. The doubters were correct and Hero was outclassed by Jaedong, getting dominated in every game and losing 3-0.

Outside of the Batoo OSL, Hero struggled to find success, being used sparingly by his team in Proleague and not making it past the Ro32 in the Lost Saga MSL. He was seeded into the round of 16 in the 2009 Bacchus OSL but was knocked out of his group 1-2 with losses to Canata and Leta. At the same time, he failed to qualify for the Avalon MSL after failing in the survivor stage. In the GOM Classic Season 3, Hero defeated Sair 2-0 in his opening game, but was knocked out by Kal in the following round. He finished the 08-09 Proleague season with 7 wins and 7 losses.

During Round 1 of the 9-10 Proleague season, Hero was played frequently alongside STX ace Calm and recorded average results of 2 wins and 3 losses, including one ace match victory over Ruby. He again qualified for the 2009 EVER OSL where he was knocked out by Movie in the seeded game 1-2. However, in the same season Hero trod new ground by making it to the Round of 16 in the 2009 Nate MSL after winning his group 2-0 with victories over Canata and Movie, getting revenge for his loss in the OSL. Because Hero won his group in the MSL, he could choose a map to remove for his series again Light. Hero chose to thumb down Ultimatum.

The round of 16 series was played in the standard split day format. On the first day, Hero attempted to use Guardians on Match Point after strong muta harass, but was shut down by Light's irradiates. The second game ended in a similar manner with Hero's mass Mutalisks being stopped by Irradiates on Fighting Spirit. This knocked Hero out of the MSL 0-2 leaving him with just Proleague for the remainder of the season.

Despite getting a victory over Stork early on in Round 2, Hero struggled in the rest of his games and ended with 3 wins and 5 losses. Coupled with his round 1 results this leaves him with a 5-8 record.

Hero is one of the most popular streaming broadcast jockeys, or BJs, on Afreeca, playing on the Fish server.[1]

Hero has proven himself to be one of the strongest players after the exodus of the KeSPA players to Starcraft 2. In the 1st SOSPA King of the Hill Proleague Hero had the third best record. At the 9th SonicTV Starleague, the premier amateur scene tournament, Hero managed to make it to the finals against Bisu. Hero was arguably the best ZvP player in the scene boasting a 74% over almost 100 games and and would lose two games to three in the grand finals to produce a very memorable match.

Hero has qualified for Afreeca Starleague Season 2 in the Busan qualifier. In ASL Season 2 he is seeded into Group F, consisting of Mind, Iris and By.Maru.