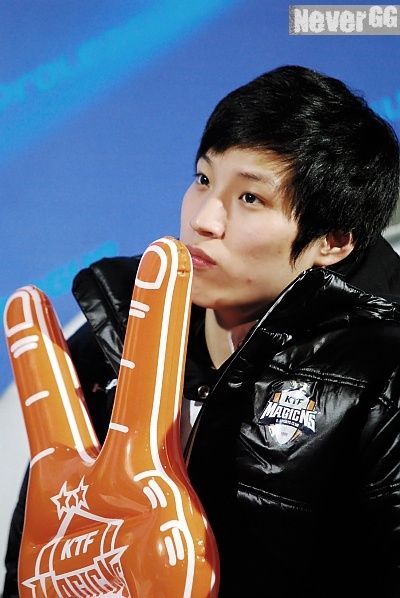 He played Zerg in StarCraft II for KT Rolster.

Hoejja came onto the scene in late 2007 showing some strong results in minor league but went into limbo not playing any games until late 08 coming out showing some good results around the time that Luxury moved to the team. Taking out Much in GSL and the TvZ specialist Firebathero in MSL offlines, he was hailed as one of the most up and coming new zergs and grew quite a large fan base very quickly. Since then Hoejja was promoted into the KTF proleague lineup and has shown mixed results as well as a lot of promise.

Hoejja's best match-up ZvP, he has extremely good drop play and swarm/cracklings backstabs, his Mutalisk control is also very good. His play style is very similar to Luxury and is also very streaky like him as well. Unfortunately, unlike Luxury, Hoejja's ZvZ is unsound and hasn’t shown good results.

On May 27, 2016, after completing his military service, Hoejja began streaming on Afreeca. He competes on the Fish server[1].