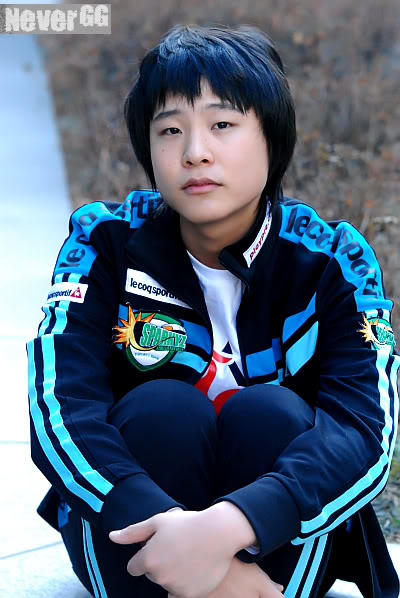 Horang2 burst onto the scene in December 2008, qualifying for the 2008 MSL by defeating Flash and GGPlay. Following this, he and Tazza were used interchangeably during the 2008-09 Proleague season, to fill a much needed Protoss spot on Hite Sparkyz. Performing better than both Tazza and Chalrenge, he was used as the sole Protoss in Hite's 08-09 proleague lineup. Horang2 is known for his cheesy play-style, but also plays many standard games as well. Because of this, the Korean press have dubbed him the second coming of Nal_rA.

Horang2 appeared infrequently in the Hite Proleague lineup for the 09-10 season, sharing the position with the team's other protoss due to his weaker performance. He finished round 1 with stats of 1 win and 4 losses. He also qualified for the 2009 EVER OSL where he was knocked out by Frozean in the round of 36 after losing 1-2. Despite only played 3 games in Round 2, Horang2 redeemed himself by winning 2 games and losing 1, giving him a 3-5 record going into winner's league. Following Hite's disbandment, he moved to CJ Entus and became one of their top-performing players.

An example of his cheesy / creative play style can first be seen in one of his early televised games, where he played for his high school in the Elite School League (see below).

Horang2 served in the military and completed his duties in December 2014.[1]

Horang2 is well-known for his neatly organized building placement. Foreign commentator Sayle famously joked on Horang2's building placement saying that after he retires from progaming, Horang2 will not have to worry about his future as he will be able to become an architect.