Hydra can also refer to the Zerg Unit Hydralisk or the KT Rolster Zerg player Crazy-Hydra. This article deals with the player Hydra from CJ Entus. 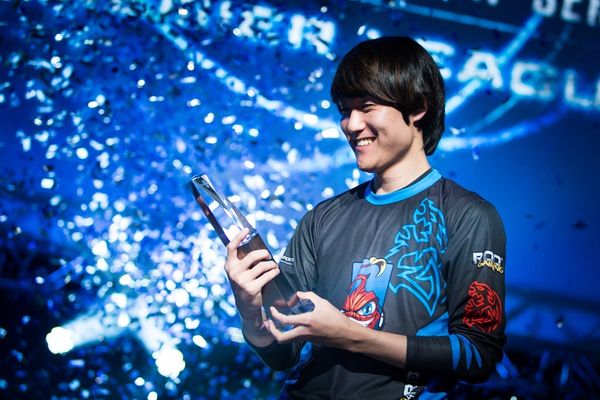 He currently plays Zerg in StarCraft II for ROOT Gaming.

After Kwanro left CJ Entus for Woongjin Stars in the autumn of 2009 there was some room for a B-teamer to step up, and it seemed like Hydra was doing just that. Showing especially good ZvZ, though his ZvT and ZvP weren't that notable yet, he quickly become a dependable factor in the CJ line-up. Hydra was sharing his spot in the CJ line-up with sAviOr in the beginning. After showing solid results in Proleague and the latter being exposed in the Match Fixing Scandal Hydra became a full fledged A-teamer.

Before the 2010-11 season CJ Entus merged with Hite Sparkyz. Both teams had taken substantial hit's to their Zerg line-up in the months following the Match Fixing Scandal. Thus, after sAviOr's and YArnC's forced departures and Effort choice to quit progaming entirely, Hydra was now the teams main Zerg player. Hydra soon proved to be the right man for the task being one of the few ex Entus members to perform better in the newly formed Hite Entus. Early in the 2010-11 season, Hydra and up-and-coming player Snow stepped up once again. This time to share the Ace position with Leta, a player who along with the rest of the members had provided lackluster results. Hydra had gone from B-teamer to Zerg Ace in less than a year.

In December 2010 Hydra won the PDPop MSL beating Great 3-1 in the finals. Once again he proved his outstanding ZvZ, taking down former champions Calm and Jaedong on his way to victory.

In the first half of 2011, Hydra continued posting consistent results in teamleagues while developing his secondary matchups to become a more well-rounded player. He also followed up on his 2010 win by making the semis of both the subsequent MSL and OSL, only falling to the two best Terrans at the time, Flash and Fantasy respectively. Hydra had become a strong challenger for the Zerg throne of 2011, perhaps rivaled by a reinvigorated Zero and facilitated by Jaedong's apparent struggles in the individual leagues.