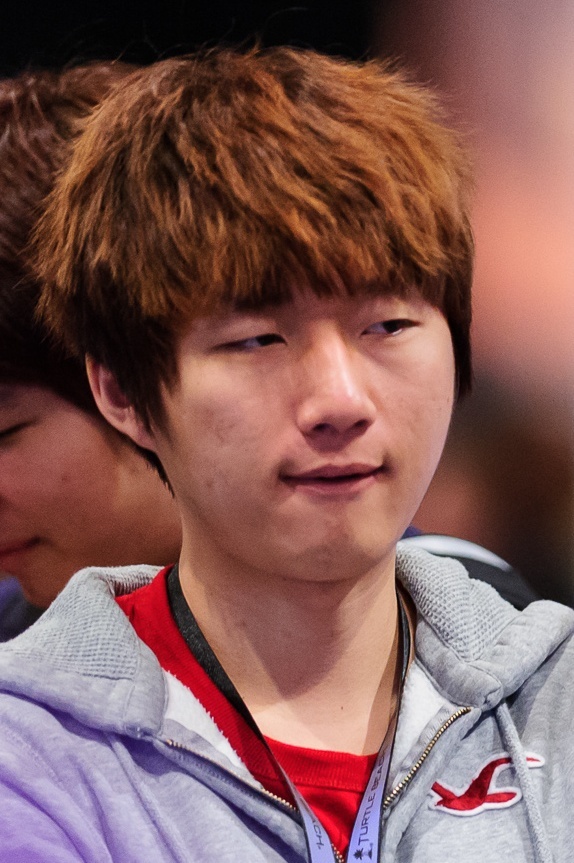 Park "Hyuk" Jae Hyuk is a StarCraft progamer from South Korea who played Zerg for SK Telecom T1. He currently plays in amateur leagues. In June 2016, Hyuk enlisted in the military as part of conscription.[1]

He was a playing coach in StarCraft II for SK Telecom T1. [2]

Hyuk started his progaming career in 2006 with SK Telecom T1. During this period GoRush was the teams leading Zerg player leaving Hyuk on the sidelines. It wasn't until May 2007 when Hyuk played his second Proleague game in the 2007 Shinhan Bank Proleague. His six game stint was quite disappointing, managing to record only two wins. As a result Hyuk was demoted back to the B-Team and playing in the minor league.

During 2008 Hyuk rose past Gorush to claim the number one Zerg position in SK Telecom T1. He played in most of the proleague games and this time managed a much better result. He went 4-3 in the seven games played, and included wins over Luxury and Free. The year also saw Hyuk qualify for the 2008 Incruit OSL, his first ever Starleague. Although he got knocked out during the Round of 36, there were signs he would be strong player.

The later half of 2008 was when things started falling apart for Hyuk again. He struggled in Round 4 of the 08/09 Proleague, and only used twice in the Winners League. He finished off the Proleague season with only three wins from thirteen starts. This led to the infamous 'Fail Zerg' slur against SKTelecom T1 Zergs to be coined. While the disastrous Proleague unfolded, he also failed to make it his group in the Lost Saga MSL.

The first real highlight of Hyuk's career was the unexpected triple kill of KTF in the Mobile Rival Battle. The exhibition match was an encore for the newly formed Winners League. He managed to take down Flash, Hery and 815 to bring SK Telecom T1 to victory in the All-Kill format.

The high-point of his career was defeating Ggaemo and Jaedong in the 08-09 Proleague grand finals and helping his team win. Following these wins, Hyuk's play started to improve and his strong play continued. In August 2009 during the STX Masters Finals Hyuk performed another all-kill, single-handedly defeating 4 STX SouL players, with Hwasin and Kal among them, thus contributing to his winning streak which included victories over top Zerg Jaedong and sAviOr.

Hyuk had a strong start in the 09-10 season, recording stats of 18-5 at one point and finishing round one 4-5, qualifying for the 2009 NATE MSL, the 2009 EVER OSL and performing strongly in the ProLeague against top players such has Stork, Jaedong, and EffOrt. Despite this strong run, he was knocked out of the OSL after losing 1-2 to Pure in the round of 36. Since then his results slipped and he was knocked out of the MSL in the round of 32 after losing his group 1-2. In round two of the Proleague, Hyuk made fewer appearances, only making the lineup 3 times. He lost all 3 games, including an ace match to Effort. This give up a 4-8 record going into Winner's League.