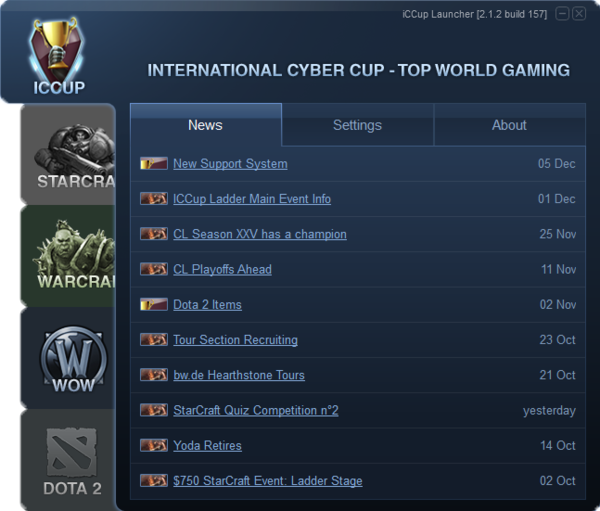 iCCup offers a launcher which detects hacks on the current computer. The launcher supports StarCraft, DotA 1, and World of Warcraft

The Antihack does not prevent the opponent from hacking, but it detects hacks activated on the same computer. Thus on iCCup, many players refuse to play with opponents without the antihack. Additionally, StarCraft players receive additional points on MOTW maps and can use the LAN-Latency feature.

Also it allows its user to drop opponents who are using a "pause-hack", where the "Drop Player" button on the dropscreen does not work without this fix.

iCCup Launcher includes a modification of the LatencyChanger plugin that doesn't require a specific game name for activation. LAN-Latency is enabled if all clients support it, else normal Battle.net latency is used.