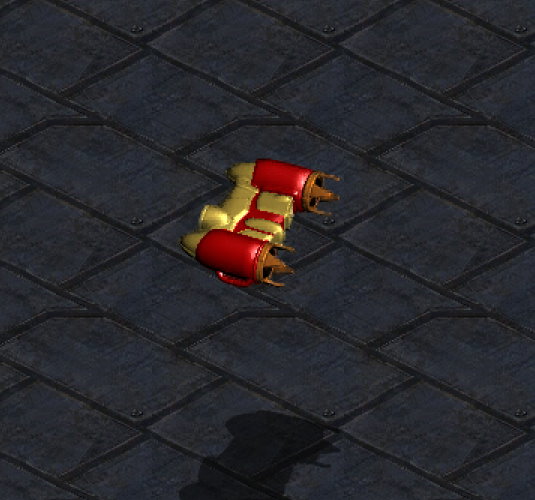 Interceptors are small flying attacking units built and transported by Carriers. The player cannot control them; they are launched automatically when the Carrier is given an attack command and quickly fly in roughly circular paths around the target attacking it.

A newly built Carrier contains no Interceptors. A specific order has to be given to it to build them to a maximum of four, or eight if the Carrier Capacity upgrade has been researched at a Fleet Beacon.

They do not return to moving Carriers, which can be used to keep them out in anticipation of attack. (They may move "under" it and therefore not be seen, but they don't actually enter it.) This fact is commonly used by players to minimize the delay between the Carrier's attacks, since if the Interceptors are not allowed back in, they all attack at once without having to launch again. This is the reason we often see players attacking their own buildings before they engage the enemy. The opposite is also true: only Interceptors launched will deploy and engage when the Carrier moves and the lack of Interceptor shield recharge can be a major negative aspect.

Because Plague deals approximately 11.83 damage per second on fastest speed, Plagued interceptors inside a carrier can only heal about 4 hit points while the effect is active. Thus, when Plagued Interceptors return to the Carrier, they do not tend to exit again until Plague has worn off.

The Queen's Ensnare ability reduces both the target's attack and movement speed. The Interceptors however have to complete their flight path and get into position every time they attack, so the effects of Ensnare are very strong against them.