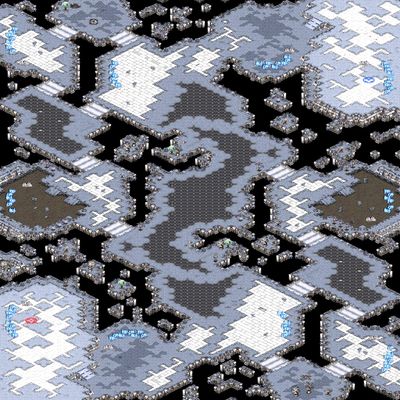 Premiering in the 2004 4th Minor League, this map saw continuous usage in the 2004 Tucson MSL, SPRIS MSL, and You Are the Golf King MSL. The first edition of the map was balanced in all match ups except for Zerg vs. Protoss, where Protoss had the advantage. Its successor was more balanced, but imbalances started to appear in Protoss vs. Terran, where again Protoss had the advantage.

In its first iteration, the map was noted for the almost non-existent gas expansions; it was ridiculously hard to take and hold a 3rd and 4th gas expansion. Therefore, play styles had to change in order to suit the map.

These features are based on the 2nd version of Into the Darkness.