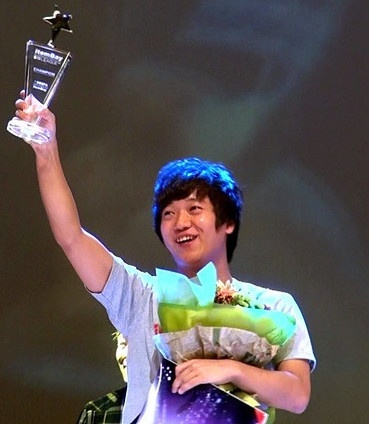 Park "Killer" Joon Oh is a former StarCraft progamer from South Korea who played Zerg for Team 8.[1] He currently plays in amateur leagues. In October 2015, Killer enlisted in the military as part of conscription.[2]

Killer was an up-and-coming Zerg player for Hwaseung Oz. He had strong ZvP and ZvZ and showed good results against Terran. Widely regarded as Jaedong's protege, he competed in both the MSL and OSL and was an instrumental factor in Oz's run through the STX Masters Cup 2010.

A player coming into his own, he was often referred to as "Little Jaedong" or "Mini-dong" as he was Jaedong's team-mate both on Hwaseung OZ and later on KESPA's Team 8. He became well known for playing exceptional ZvZ's, making games out of losing build orders.

Killer retired from competitive Brood War in May 2012. According to his coach, this decision was driven by a loss of interest in progaming, a cutback in his salary, and concerns over when to enter the military.[3]

However later Killer returned to participate in 7th SonicTV Starleague - an event that can be seen as successor to once prominent Brood War scene now overshadowed by StarCraft 2. He proved to be head and shoulders above the competition losing only one game during the whole tournament, in the final (won 4-1). En route to the championship he compiled a 14-1 record.

After Sea returned from his short hiatus of playing professional SC2 and joined the amateur scene, he proved serious opposition for Killer. They met three times in the finals of the smaller SRT tournaments organized by SOSPA over the summer of 2013; Sea managed to win all three series.

In the 9th SonicTV Starleague Killer dropped out in the group stages, losing to Mong in an amazing TvZ series, what followed was a short slump, but after winning LoveTV Starleague Season 1 and placing second in 41 Starleague Season 2 Killer might be back on track to winning everything thrown his way.