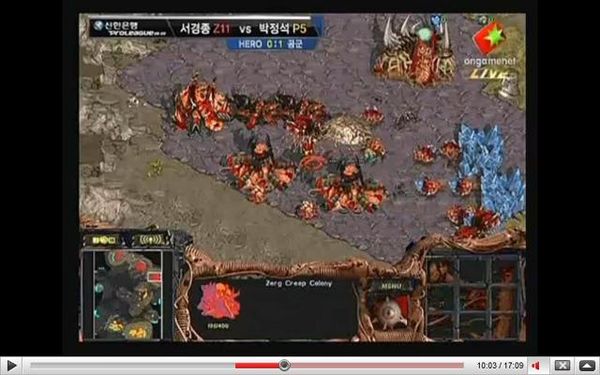 The Larva Trick is a simple, easy-to-use technique that takes advantage of a bug in StarCraft gameplay. Normally, Zerg players are unable to control the movement of their Larvae, which automatically move away from minerals. So, this trick enables you to sometimes avoid this problem by moving your Larva to the left of your Hatchery.

Another application is constructing Hatcheries at a narrow point and intentionally morphing units in order to block passage between them. With the Larva Trick, you can partially control where the Eggs are created, as seen in Example Games.

And yet another application is when you need to place a structure (such as a Creep Colony) very close to your Hatchery when in a time constraint (sometimes the random Larva get in your way).

Keep in mind that this trick generally doesn’t have a profound effect on the way the game plays out, but it’s worth doing early in the game as you’ll have nothing else to do other than spam.

The technique is very simple.

It’s unknown where the trick originated from, but it was first pointed out on TL from a Jaedong VOD