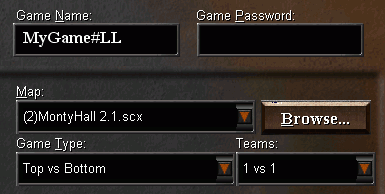 LatencyChanger is a BWL4 plugin that allows the reduction of the built-in latency in StarCraft. The built-in latency is generally high compared to modern games due to the low quality of consumer-grade internet connections in the late 1990s, and the latency is hardcoded to be higher when playing on a server than when playing on single-player or LAN mode. In StarCraft: Brood War, the term LAN latency refers to the built-in latency that is used for LAN games. LAN latency has been the de-facto standard for melee games on ICCup and all games on Fish, and has been implemented by Blizzard in patch 1.17.0.

The following formula can be used to approximately calculate the latency:

The UserDelay is modifiable by players in-game by navigating to Menu -> Options -> Network. 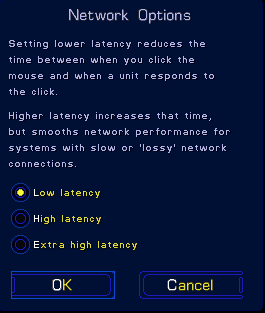 For LAN games, there are two different settings:

These settings are only relevant when actually playing on LAN mode.