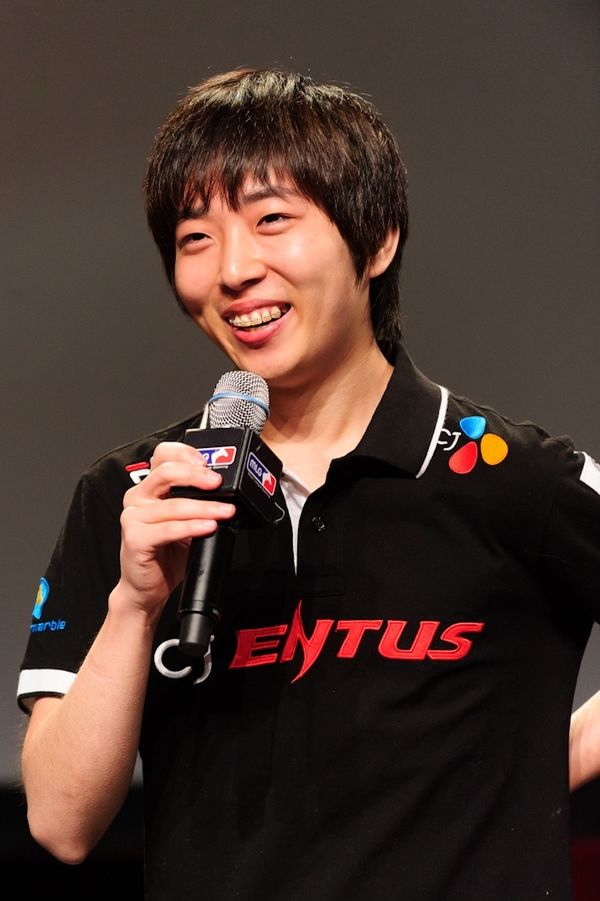 Shin "Leta" Sang Moon is a former StarCraft progamer from South Korea who played Terran for CJ Entus. He is formerly known for his impressive use of 2 Port Wraith against Zerg and win rate in Ace games.

Shin Sang Moon became a regular on his team’s lineup in the Shinhan Bank Proleague 2008 season. He soon became a crucial asset to his team, helping them reach the Finals vs. Samsung KHAN where he was the only player of his team to win his match. Leta finished the season as the 4th highest rank player and the 2nd highest rank Terran. He quickly became known for his terrific results and had one of the best records of any player in 2008. In the SPL 08–09 season Leta carried his team into the top 6. He is known for having extremely good TvT and arguably the best wraith control of any Terran player. His signature strategy vs. Zerg is going 2 Port Wraith. Despite his stellar Proleague performance, Shin Sang Moon has yet to achieve much in individual leagues; the furthest he has gone in a league is the Ro8 in the Lost Saga MSL and Bacchus Starleague 2009, leaving some to wonder if he will end up like Sea (who is known for being very good in Proleague but never advancing very far in individual leagues).

Leta had a solid start to the 09–10 Proleague season, recording stats of 5 wins and 5 losses. Despite being seeded into the EVER Starleague 2009, he was knocked out by Pure in the round of 36. He demonstrated a creative and strong strategy in this series by combining EMP and Nukes to take out Protoss expansions. Despite strong play, Pure eventually overran him. Leta returned to his old dominant proleague results in Round Two, finishing with the best stats (tied with Flash) with 11 wins and two losses, Ace game results of 2 wins and 2 losses and victories over FanTaSy, EffOrt and two wins over Really. Merged with his Round 1 results, his strong showing gives him a 16–7 record and puts him near the top of the best results until this point.

Shin Sang Moon and Lee Yong Ho (Flash) are two of the best Terran vs. Terran in Korea at the moment. They first met each other in the Ro16 of the Lost Saga MSL, where Leta took the 3rd set using a proxy BBS strategy (Leta then went on to lose to Luxury in the Ro8 in the 5th set). They have met thrice more in Proleague, producing very entertaining games three times. In Kyung Nam Masters STX Cup 2009 Leta helped his team Hite SPARKYZ to obtain victory over olleh KT, by beating Flash on Andromeda (in part because Flash accidentally idled 5 tanks in his main due to a messed up factory rally). Currently their personal record is 4-3.

During an Ace game against KT’s fOrGG (TLPD), Leta did a 14 CC while fOrGG built 2 Factories in the middle of the map. Leta sent out a scouting SCV and quickly found the Factories, and shortly thereafter the game was paused by the referee because KT’s coach thought Leta was cheating. After a long discussion between the team’s coaches and the referee, the game was resumed, and Leta went on to win easily. The VOD does show Leta moving his eyes towards the crowd, though he claimed it was just an eye-roll.

Shin Sang Moon moved his eyes in a similar manner during an Ro16 Starleague game against Canata (TLPD), although OGN’s booths are better positioned to prevent the players from looking at the crowds compared to MBC’s. Although Artosis said that it was known that Leta cheats (Artosis’ Claim that Leta Cheats), no hard evidence beyond his eye movements has been presented that could prove whether Leta actually cheats.

During a Proleague game between hite Sparkyz and STX Soul on April 28th, 2009, Leta played a match against Kal on Outsider in the second set. During the match Leta’s VGA, reportedly, died and he needed to request a pause. Shin Sang Moon accidentally typed “pp” instead of KeSPA’s designated pause request: “ppp”. Due to this mistake, the KeSPA referee decided that Leta would be disqualified for breaking this pre-arranged rule. This caused a large backlash against KeSPA for what was seen as a very unreasonable and senseless decision by many fans. On the 7th of May 2009, KeSPA held a meeting to discuss this and ultimately changed the rule so that typing “p” multiple times will now be the correct way to request a pause (KeSPA Changes ‘ppp’ Rule) with this change going into effect on the 8th of May 2009. Shin Sang Moon did not receive any moral compensation for his loss and the result of the match stayed the same, of course, with STX going on to win 3–1.