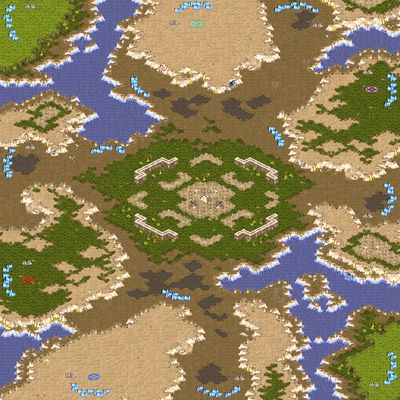 Lost Temple is arguably the most famous map in StarCraft. The map was included in Blizzard's original map pack, but has since had many third party revisions to it. Lost Temple is still very popular on Battle.net, but it began to fall out of popularity when maps like Luna and more recently the map Python supersede it.

The original Lost Temple map had the following positional imbalances: