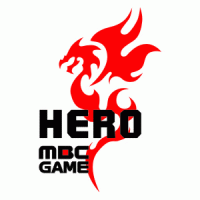 The MBC team saw its greatest glory in the 2006 Proleague season, where they won both the 2nd Round of the Proleague and the Grand Finals. Some key players of the line-up back then, namely Bisu and July, left for more wealthy teams subsequently (both to SKT, though July quickly moved on to STX), and MBC started slipping down the rankings. In the 2008 season, they finished 8th of the ranking, in the 2008/09, they held a positive record for the first two rounds (two times 6-5), but lost more frequently afterwards, placing 9th overall. Their Proleague reagulars include Sea[Shield], Hyun, Jaehoon, Han, Saint and longtime veteran Pusan; former player Light led them to 2nd place in the 2009-2010 Winner's League.

Munhwa Broadcasting Corporation (MBC) is a major Korean television and radio network that competes with OGN for StarCraft broadcasting. MBCGame is a subsidiary of MBC.