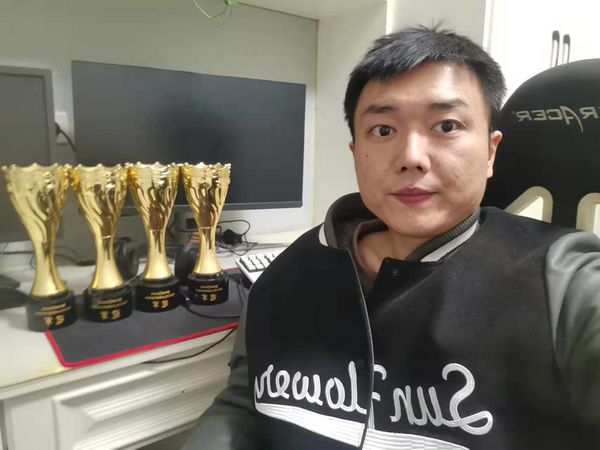 Mihu's Chinese nickname is 迷糊大帝-Mihu the Great. He is widely considered to be the best StarCraft player in China and the top Terran player outside Korea since 2017. He has a lot of fans such as迷糊粉丝群-Mihu Fan Bases,supporting him to win more.
After 2016, Mihu became the player with the highest win rate in Starcraft events,since he became a full-time Starcraft player in 2019, he has won most Starcraft events in China.
Mihu's total win rate in CSTL (China Starcraft Team League) is 90.91% (110 wins / 11 losses,January 2022) ，He once hits 2700+ and third place in StarCraft Remastered Ladder of Korean server On April 14, 2021.

Mihu competed in BSL13 in 2021, beating Sziky and Dewalt with a total score of 7:1 to win the championship.
In 2022, Mihu participated in BSL14 as the defending champion. He defeated Sziky in the semifinal by 4:2 and Dewalt again in an intense final with a score of 4:3.
For BSL season 15, Mihu lost in the Asia championship in the first round (Bo3) of the winner's bracket in round 1 to Dugu 0-2. He then lost to Zhanhun 0-2 in the loser's bracket in round 3 (Bo3). Therefore, Mihu was eliminated and did not qualify for the main BSL tournament.
Mihu is considered to be the strongest non-Korean player since his first appearance in the foreign BW scene in 2021.

On July 23, 2022,Mihu took part in the ASL14 qualifiers and beat Stork 2-1 on the first day to reach the final four of Group 3. This was the highest ranking achieved by a non-Korean player in the ASL14, which attracted the attention of Koreans.