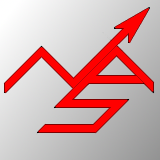 NaS is a relatively new, but already one of the strongest teams in the foreign scene. The team has been participating in BroodWar Clan League since season 44, and also plays in Shinhan Tank Pro League. As of BWCL Season 49, NaS-B team was brought back. NaS-B was originally created back in 2017 to play in Pan-American Team League and was disbanded shortly after. The team originally only had players from North America, but they have added some non-NA players to their roster as time went by, including top foreign players TerrOr and EOnzErG.

NaS-A was disbanded on February 25th, 2020. NaS-B would keep functioning with Snipe[NaS] as the leader.[1] NaS-A Has since been revived but currently only competes in STPL, where as NaS-B competes in BWCL.