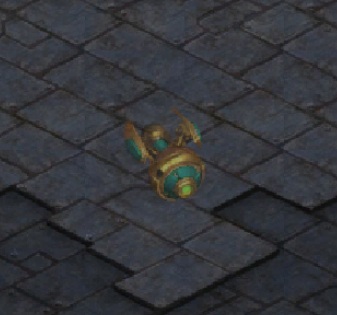 The Observer is a permanently cloaked Protoss air unit that cannot attack. Its primary purpose is for scouting and Detection. It moves slowly but has an available speed upgrade from the Observatory, Gravitic Boosters. Its sight can also be upgraded through Sensor Array.

Observers are essential when Lurkers come into play. Observers are easily sniped, as they are killed by a single Scourge and die quickly to Hydralisks. Because of this, it can be useful to have 2-3 Observers with your main army as it grows in size.

Observers are instrumental in detecting Spider Mines and and observing the Terran player's army movement. By properly scouting a Terran army, it will be significantly easier to flank or to attack when the opponent is out of position. To counter this, a Terran player will typically build turrets around their army to keep their opponent in the dark. Additionally, players often try to place Observers over the Terran Factories to accurately know the number and timing of the Factories, thus allowing the Protoss to adapt. Finally, many Protoss players use Observers in key places to scout for Dropships or attempts at expanding.

An Observer dies quickly to Turrets. Accordingly, Protoss players will send several at the same time in order to allow at least one to get in.

An Observer can be flown directly over a Missile Turret to stop it from firing, enabling other Protoss Air units to pass by. This is achieved by placing an Observer directly over a Missile Turret. A Turret will then stop spinning, allowing the Terran player to detect the trick. He can counter it by selecting the turret and repeatedly pressing the S-Button for "stop".

Observers are used to detect Dark Templars. Furthermore, Observers are also used to scout Gateway count, army composition, and army position of the enemy Protoss. Observer sniping is very common in PvP, since both players want to keep the other player in the dark.