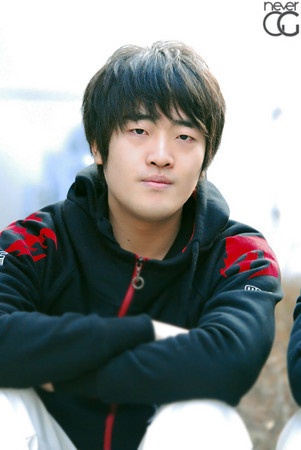 Park "Pusan" Ji Ho is a former StarCraft progamer who played Protoss for MBCGame HERO. He currently plays in amateur leagues and streams on Afreeca, playing on the Fish server. He is one of the most popular Brood War streaming broadcast jockeys, or BJs. [1]

[2]In his younger years, Pusan was never the type to spend long days and nights playing games on a computer. His family did not even own a computer. One summer, his friends introduced him to the world of StarCraft and within no time he was addicted. To practice he told his parents that he was going to the local temple to study, but then walked to the local PC-Bang to play. Despite his parents being barely able to make a living, when Pusan wanted to get a computer to "study" (play StarCraft) and so, they bought him one. Pusan was incredibly talented. Within a year, he was the top player in Junpo (his local region in Pusan) and won many tournaments, even winning $50 from placing first in a money-map tournament.[citation needed]

In 2001, after watching GARIMTO in the SKY2001 OSL he decided to become a progamer. One of his school friends collected the details for all the managers in progaming teams and tried to get Pusan a trial. He was accepted for a trial for team Plus. In his trial, he beat every single member of the team and advanced so quickly that in 3 days he was able to play in the MBCGame Team League. In his first ever television appearance, he crushed the foreign hope ElKy of Hexatron. With this game, he brought his 'Ji-ho mode' and unusual playstyle to the forefront and exposed the world to his macro. During his time on Plus, he formed a close friendship with his would-be rival Anytime and the Zerg player MuMyung.

In the early stages of 2005, after a turbulent time in Plus, Pusan moved to Pirates of Space (P.O.S). During the fall season (So1 OSL), Pusan, along with Anytime, took center stage blasting through to the semifinals of the tournament. Pusan faced Boxer in arguably the standout Bo5 from the tournament. Although he eventually lost 2-3 and then lost to iloveoov 2-3 to come in 4th overall, he cemented his place in the progaming scene. Indeed, Pusan, Anytime and Stork were named as the "Neo-Kings" of Protoss and were supposed to lead the Protoss race forward after Reach, Nal_rA and Kingdom.

The following OSL (ShinHan2005 OSL) Pusan continued to perform strongly and placed 3rd. After a rough group in the 2006 Shinhan Bank OSL Season 1, he dropped out of the Starleague and has since not made it back to the top 16. Despite not performing well in the OSL, he managed to make the MSL and showcased some amazing feats in Proleague. The most famous of which was his contain break against firebathero which earned him a spot on the 2006 Pimpest Plays. He also went on an 11 Ace match winning streak, which was eventually stopped by Anytime.

Pusan has always been considered an invaluable member of MBCGame Hero and has been central to their Proleague roster since his transfer in 2005. In 2008, he rapidly found his form and boasted an impressive record in Proleague. His impressive macro and unique style are considered refreshing to watch and some believe they distinguish him from other Protoss players. Despite his strong start to the 08-09 season, he started to falter and finished the season with stats of 11 wins and 13 losses.

Pusan continued to play in the 09-10 Proleague season and qualified for the 2009 EVER OSL. He was played rarely at MBC in Round 1 of the proleague and finished with 1 win and 1 loss. In the round of 16, Pusan was put in a group with Jaedong, Movie and go.go. Both go.go and Pusan lost both their games to Jaedong and Movie leaving them both eliminated with one game left to play.

Pusan went on to participate in many tournaments including Sonic events, LoveTV Starleague, BCTV Starleague and 41 Starleague. In the SOSPA Ranking Tournament, he played in the 1st, 6th, 7th, 9th, 10th and 13th to 17th edition. In the 7th edition, he made the quarterfinals only to lose to Sky 0-3. In the 6th, 9th, 13th and 14th edition, he was knocked out of the group stages early on. In the 10th edition featuring only 8 players, he was knocked out from the start losing against Hiya 2-3. The 15th edition of SRT saw Pusan make his best run as he made it all the way to the semifinals beating notable players like Larva, Ample and Movie before losing to sSak 0-3. He went on to lose the third place match to hero to end up taking fourth place. In the 16th and 17th edition, he made it out of the Round of 32 group stages only to be knocked out in the Round of 16 group stages.

Aside from individual tournaments, Pusan participated in the 2014 Gabangpop 1st Sonic Proleague playing under the ex-MBC tag. He ended up finishing with a 4-7 record with wins over Terror, Olympus and IcaruS.

In April 2015, Pusan enlisted in the military to fulfill South Korean conscription requirements.[3]