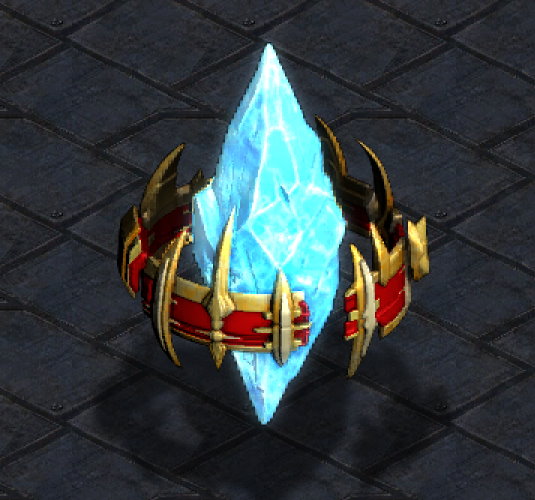 The Pylon is a vital Protoss building. Pylons are warped in for the dual purpose of providing Psi, which raises the population limit, and for providing the Psionic Matrix, which extends in a circle outward from the Pylon.

Protoss buildings can be warped in only within the circumference of the Psionic Matrix, with the exception of the Nexus, Assimilator, and other Pylons. If a Pylon is destroyed, its Psionic Matrix will disappear and any buildings that it was powering will no longer be able to produce units or research upgrades until another Pylon is warped in to again power them. Care should be taken by the Protoss player not to lose power on buildings, especially Photon Cannons and unit-producing buildings. Tech buildings may be unpowered and still perform their function in unlocking available units. For example, Dragoons may still be produced at powered Gateways, even if the Cybernetics Core is unpowered.

Pylons can be placed on any buildable terrain. Pylons are frequently used to make a chokepoint narrower, thus reducing the amount of defensive units maintained nearby to defend the chokepoint from attack.

Pylons do not build any units, nor research any upgrades.

Pylons can sometimes be placed between the Nexus and Assimilator to force Probes to mine Gas faster. They are often also placed near important locations to scout incoming enemy forces; for example, at the boundaries of the main base to gain vision of dropping attacks.

Often, Pylons are used to seal off areas where Zerglings can run by when doing a Forge Fast Expansion build order. A Pylon can be used to narrow chokepoints so that Zealots are more effective in defending against many Zerglings.

When Cannon Rushing a Zerg player who elected to expand early such as using a 12 Hatch build order, Pylons are often used to wall off the Cannon from attack by Drones. This Cannoning strategy commonly executed on Fighting Spirit behind the mineral line of the natural expansion.

Manner Pylons, involving one or more Pylons being warped in the opponent's mineral line to disrupt harvesting, are sometimes used. Another usage of the Pylon, known as the AI Pylon, is to place a defensive Pylon at the choke of the natural expansion (or the main base), so that attacking Dragoons in the rear will attack the Pylon rather than moving forward to engage the defending units.

Manner Pylons are rarely seen in this match-up. Pylons are sometimes warped next to the Factory to block the construction of the adjacent Machine Shop add-on, thus preventing the Terran opponent from building Siege Tanks or researching upgrades. This often forces the Terran player to either kill the Pylon or lift the Factory which gives the Protoss player further opportunity to harass by blocking the landing zone with the Probe or with another Pylon.

At the Protoss player's base where there is no chokepoint, multiple Pylons are used to form a walls to protect the Protoss player against Vulture harassment. This tactic is commonly executed at the natural base's wide entry point on a map like Fighting Spirit.