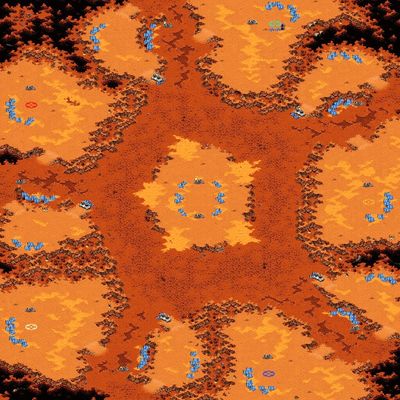 Quintessence is a five player mêlée map by Freakling. It is used in the Jade Addvert Tour[1].

Sharing the same layout of bases, the map is a modernized remake of the classic KeSPA map Gaema Gowon.

shifted spawn positions for initial workers at 1 o'clock base

Traveling times for scouting workers are given in game seconds (gs) from main to main (location of Command Center/Nexus/Hatchery). 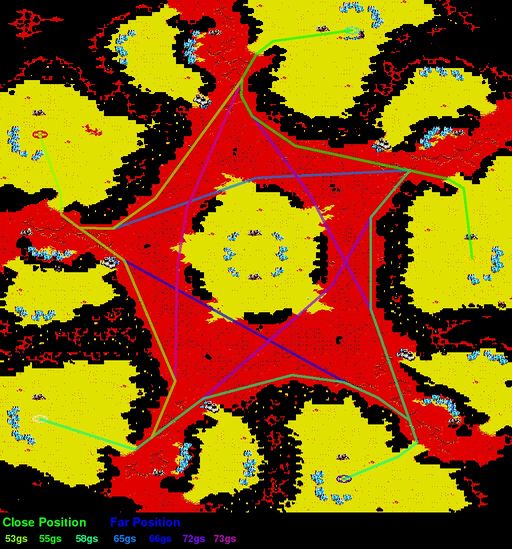 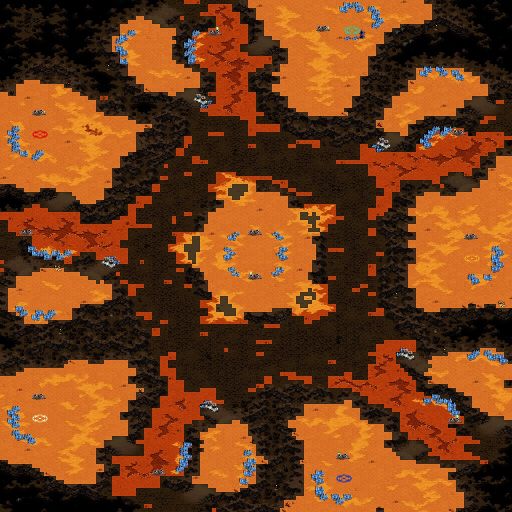 All wall-ins are displayed with collision boxes for the buildings and units to display gap sizes accurately.