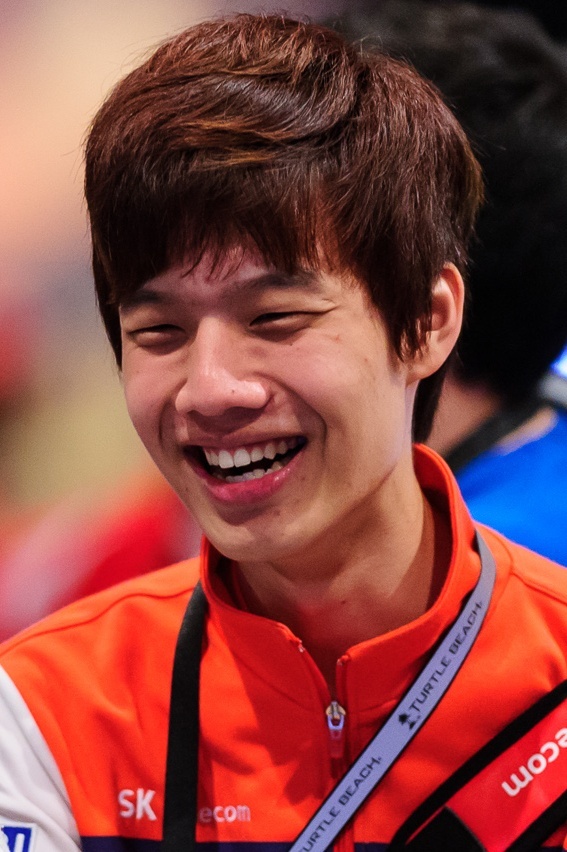 He played Protoss in StarCraft II for mYinsanity before retiring.

After being picked in the third round for MBCGame Hero in the 2009 draft, Rain joined SK Telecom T1 in October 2010. There he started to receive increased playtime during rounds 5 and 6 of the Shinhan Bank Proleague 10–11. He finished those rounds with a respectable 9-4 record, including wins over Calm, Baby and Neo.G_Soulkey. After SKT1 got second place in the season, By.Sun was awarded the title of Rookie of the year. His greatest feat came to pass in the post-season: He managed to all-kill Hwaseung Oz in the finals of the STX Masters cup. There, he defeated sHy, Jaedong, Killer, and HiyA in order. While he always was a valuable and stable player of SKT1 in teamleagues, he was never able to make a big splash in individual tournaments. With SKT1's transition to Starcraft 2, By.Sun retired from playing Brood War and became a SC2 progamer.

After quitting his commentary job in SC2 Rain stated he would focus on streaming Brood War and playing in tournaments again. He started streaming on September 28th, 2016 on Afreeca. Since then he had an explosive start into the Korean amateuer scene by getting 3rd place in his first tournament Thrill Starleague and managing to qualify for Afreeca Starleague Season 2 winning over Beast in the Busan Qualifier after losing in the bracket final of the Seoul Qualifier just barely against Larva.

Rain's first offline tournament appearance was the ASL2 Round of 24 were he was seeded into Group B consisting of Light, Force(Name), EffOrt and him. After he defeated Force(Name) Rain advanced to the Winners Match of the group. Only being one win away from the Round of 16 Rain showed a great game against EffOrt, ultimately winning the game and advancing.