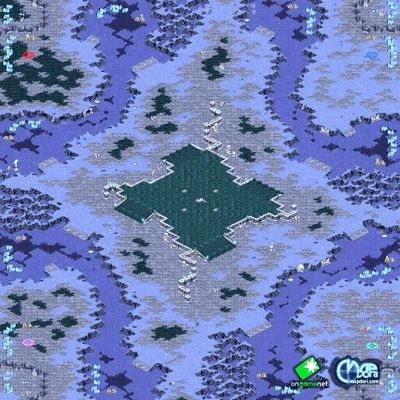 First used in the 2008 Incruit OSL, Return of the King has been used in the Batoo OSL and was last used in the Bacchus OSL 2009 and is an OSL-exclusive map. The map is a fairly-standard 4-player macro map. Although it is decently balanced in PvZ and TvZ, TvP usually favors Terran due to the many narrow valleys and the island mineral-only in the main base. Contains are especially difficult to break on this map due to the narrow exit to the natural. Despite only being used in 3 OSLs, Stork has managed to play 9 games on the map, going 8-1 (only dropping 1 game to fantasy).