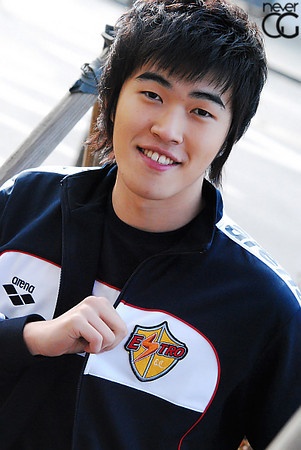 Shin "SangHo" Sang Ho is a StarCraft progamer from South Korea who played Protoss for eSTRO.

He currently plays Protoss in StarCraft II and is teamless.

SangHo was accused during the Match Fixing Scandal of 2010 but was found innocent. However, the fact that he was accused combined with his father falling ill made him retire.[1] He currently writes a column called "Sangho's Viewpoint" on dailyesports.[2]

- In an epic 2v2 for the ages, SangHo wins by himself against 2 Hanbit players after his teammate is eliminated. Great teamwork on both sides and features a massive amount of Zerglings.