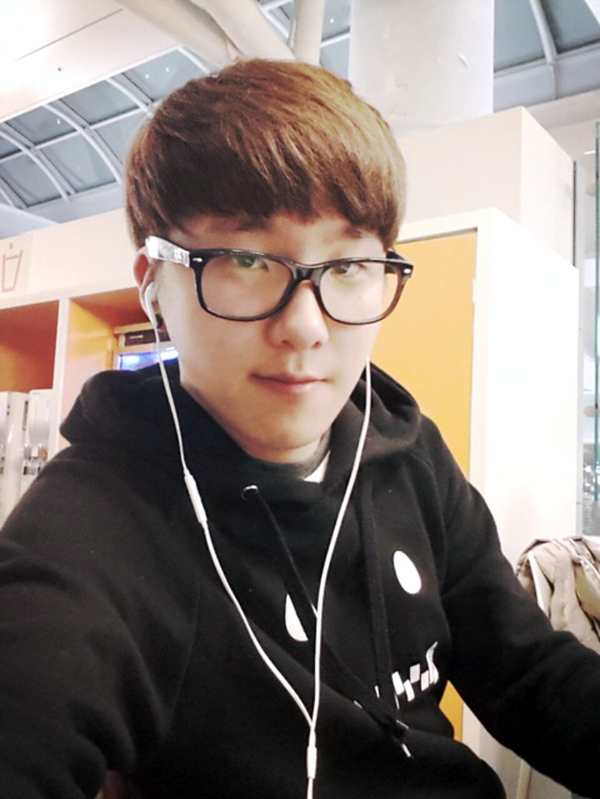 Scan, Ryoo Seung Kohn[2], was born in South Korea and studied abroad in the United States. The Terran started to play Brood War around 2003, took a break from playing competitively in 2005 and returned to the foreign scene around December 2007/January 2008.[3][4] Scan went widely unnoticed and was first recognized due to his records in TSL 2's Ladder Stage. During this ladder phase the Terran achieved an ICCup A- ranking with relatively good stats and was about to qualify. However, the TSL staff convicted Scan of sharing his account[5] in December 2009. Consequently Scan was banned from TSL 2 and future tournaments in the twelve months after.[6] Furthermore, Scan was excluded from GosuGamers.net events for six months[7] and was accused of maphacking, even though the accusations were a false positive.[8]

As a result from his bans Scan couldn't participate in any foreign tournaments. Only in the months after the StarCraft II Beta the Terran was able to sign up for foreign tournaments again. Due to the exodus of the established foreign elite class, the South Korean was able to win several tournaments of the new international competitive scene. His spree started in early January in the Defiler.ru Tournaments. Scan, Sziky and Heme formed a dominant trio in the Russian event series. Most gold medals were distributed equally among the three, only few other players could match their skill or take them down in a longer best of series.

The rivalry between the trio sparked during ISL 1, the tournament which Scan eventually won over the Hungarian ex-Templar Ace. Scan was playing for Los Reyes Del Mambo Evolutions (LRM or LRM Evolutions) in several clan leagues in the first half of 2011. After being kicked off the team due to disputes with its manager[9], he transferred to the team very Talented veterans. After the first ISL Scan was banned from many international events including ISL 2 due in part to a bad relationship with LRM)Game[10]. Despite this, Scan attempted to participate in ISL 2 in two ways: smurfing and playing on someone else's account[11] by going to that player's house in order to not be detected through his IP address[12]. After being found out due to a slip up with his hotkeys[13], he received an indefinite ban and was added to the GosuGamers.net blacklist with the remark "permanent"[14] for repeated cheating. However the duel between Scan and Sziky continued in the Russian Defiler series until late 2012.

Since Scan was denied entry in most tournaments, he focused on training on the Korean Fish Server and on the Chinese VS Platform. In late 2012 the Terran was able to win the second C-OSL 2 over the Chinese Protoss Zhanhun with a clear 4-1. Furthermore, Scan was invited to participate in Sonic's 16th Ranking Tournament ( SRT 16) in August 2013. He finished last in his group, but was able to take one set off the ex-KeSPA professional Movie. In the following 17th Ranking Tournament Scan was invited again and surprisingly advanced as first of his group into the Round of 16. However, he didn't show for the second stage of the tournament and lost by walk over.[15]

In October 2013 Scan joined the international Federation of Untouchables as mercenary for the STL[16]and left in early 2015.

Scan's style was characterized by his strong mechanics. In comparison, almost no foreigner could keep up with Scan's control after the StarCraft II Beta. He often mixed exotic and rather cheesy openings with ordinary play, making it hard to predict a strategy by the Terran in longer series. Scan was especially known to open with Wraiths in the Terran vs. Zerg match up. Due to his training on Fish Server, almost no foreigner could keep up with the Korean in the late stages of games. In addition to his strong Terran Scan was known to use random as race or race pick against seemingly weaker opponents.

The direct rivalry between Scan and Sziky was more intense than any other duel in the foreign scene after the beta.[17] Sziky usually never commented on international forums and rarely participated in discussions, whereas Scan was infamous for trash talk and was relatively often the subject of drama-filled threads. Furthermore, both players started their rivalry in January 2011 at an equal skill level. Scan especially wanted to win the fans over and hence tried to beat his opponent with his off-races, starting in the 6th Defiler tournament. This attitude eventually cost him the second set of their first match and would in the future become one of the reasons he was seen as the loser of the duel. In addition to Scan's already negative reputation, the young Terran also started to directly insult and ridicule the Hungarian. The rivalry heated up in the Round of 8 of the ISL 1, in which Scan overdid the trash talk, despite winning the best of five by one game.